CES 2022: What it showed us about the future of the blockchain 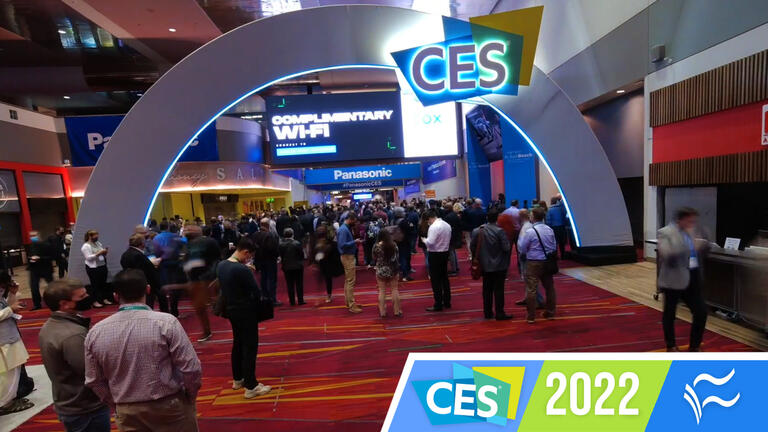 It’s coming on fast, but is the rapid expansion of blockchain technology happening appropriately?

If you attended CES 2022, either in person or virtually, you probably noticed a few recurring themes, with blockchain, cryptocurrencies, the metaverse and NFTs being some of the hottest topics of the year.

There were talks aplenty on blockchain and its related technologies at CES, with plenty of discussions on how NFT pioneers made their money and what’s coming, and plenty of blockchain-related startups were present pitching new products, too.

As CES is a chance to take the pulse of the tech industry in general, it’s also a chance to get a glimpse into emerging technologies, like the aforementioned, and what’s to come from them. This year we definitely got a lot of news related to blockchain technology, but understanding it is another thing altogether.

CES showed us how blockchain will go mainstream

There’s no denying that NFTs have had a banner year, with huge sales netting millions of dollars, and several celebrities have been getting in on the action and endorsing NFT trading platforms, too. The end of 2021 brought another big buzzword in the form of the metaverse, and it’s these two technologies that Gartner Distinguished VP Analyst Avivah Litan sees as a key part of the mainstreaming of blockchain technology.

Litan predicts that NFT trading will at least double in 2022, and she said tech on display at CES, like the new Samsung TV that includes a Gaming Hub and extensive NFT integration that makes buying and selling them something that can be done from the couch.

With those sorts of features in mind, “we will now also see the accelerated implementation of surrounding services that make it easy for consumers to onboard to blockchain (via a user wallet) so that they can buy and trade NFTs,” Litan said.

Forrester VP and principal analyst Martha Bennett said she was struck, though unsurprised, at the degree to which NFTs were the focus at CES. As for new blockchain trends? She said there was nary a thing to be seen. “There wasn’t really a blockchain presence or theme as such. Some representation from the cryptocurrency/crypto asset side that wasn’t exclusively about NFTs, but nothing major or new,” Bennett said.

Bennett did give kudos to Samsung for the same reasons that Litan did: Its new smart TV with NFT capabilities and its Decentraland metaverse store. It’s still niche though, she said, and will need to do a lot of uphill climbing to attract those who aren’t already involved in the community.

“Don’t get me wrong: I’m not trying to belittle Samsung’s…