Compare: Apple’s M1 MacBook Air kills the iPad Pro for the rest of us 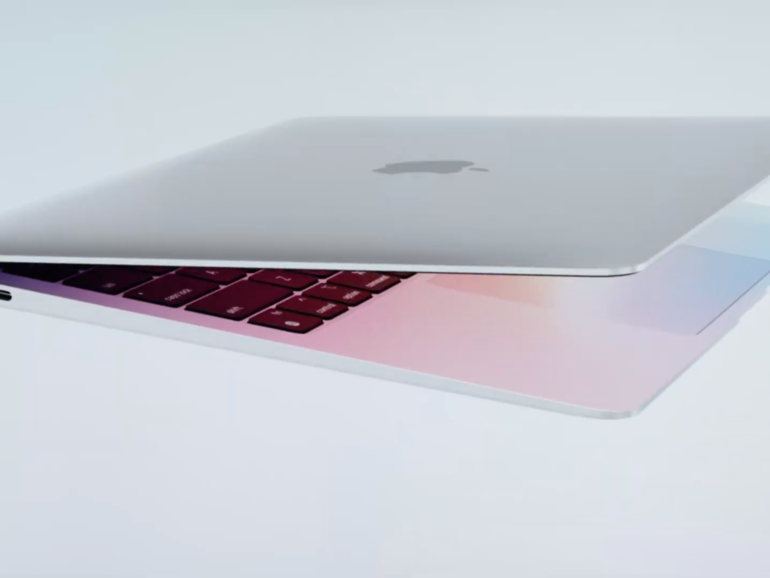 Now that Apple offers Apple Silicon in the MacBook Air, the vast gulf between iPad and Mac performance and battery life has almost disappeared. I’ve been happily using a 12.9-inch iPad Pro for more than a year. I’ve been even happier using the Magic Keyboard, the pricy but excellent add-on keyboard.

But the new MacBook Air has me doubting my life choices. Would I be better served by a MacBook Air? Comparing the two, here’s what I found.

The heaviest load I’ve put on my iPad Pro is editing multiple streams of 4k video, which it handled flawlessly. I can’t imagine overloading the even more powerful M1, even with the lowest spec 7 GPU units and 8GB of DRAM. Both CPUs are more than I need, so that’s a wash.

My iPad Pro + Magic Keyboard weighs in at 1373 grams, versus the MacBook Air’s 1290 grams. Lighter wins for me.

The iPad Pro sports a 12.9-inch Retina Multi‑Touch display, at 2732-by-2048-pixel resolution at 264 pixels per inch (ppi), with very smooth ProMotion variable refresh feature. The 1.8% reflectivity and 600 nits brightness mean it can be used almost anywhere except direct sunlight, which in Arizona is pretty much a daytime constant.

The MacBook Air Retina display is larger at 13.3 inches but with lower 2560-by-1600 native resolution at 227 ppi. It is also dimmer, at 400 nits brightness. But with the better battery life I could keep the brightness cranked up and probably be OK.

I’m fine with the size of the 12.9-inch iPad display, and the other features – along with touch – make it a clear winner over the MacBook Air display.

The iPad Magic Keyboard lifts up the iPad about an inch closer to eye level. It’s a small difference, but it adds up over hours of use. OTOH, the MacBook Air trackpad is much larger.

No contest here: the MacBook Air, with two Thunderbolt 4 ports, is way ahead of the iPad Pro’s single USB-C port. That said, I rarely use the USB-C port for anything other than charging, even though I have a couple of hubs just in case.

Thunderbolt makes the MacBook Air a feasible desktop replacement with a Thunderbolt dock for add-on storage and accessories. However, you can equip the iPad Pro with cellular connectivity, which may be a win for you.

The MacBook Air is a clear winner here, with support for an external display with up to 6K resolution at 60Hz, and VGA, HDMI, DVI, and Thunderbolt 2 output support using adapters. The iPad Pro is limited to mirroring the built-in display, except for a few apps like iMovie.

The MacBook Air webcam is 720p and object of many complaints, but I’ve found them acceptable  in good light. The M1 MacBook Air’s webcam is enhanced by the chip’s video processor, but the iPad Pro clearly beats it.

Which is better, the iPad Pro or the MacBook Air? It depends on what you use it for.

The iPad Pro is an integrated video and art production studio in a portable package. But I’m primarily a writer and only using it with a keyboard wastes many of its excellent and costly features.

I don’t need the video features as I’d rather shoot with my iPhone and the add-on lenses I have. I’m no artist, so the Apple Pencil is a non-starter. I rarely use the webcam, as I prefer the 5k iMac screen.

Apple is going to have to work hard to justify the iPad Pro line now that its performance is available in a less costly system. iOS is easier to manage, but as Pro apps are optimized for Apple Silicon, the combination of a high-end iPhone with an M1 MacBook Air or MacBook Pro will mean that unless you use an Apple Pencil, the iPad Pro won’t be the Pro choice. Lesser iPads, with their lower entry cost, will still make sense for common use cases.

As a result of this analysis I’ve put my iPad Pro + Magic Keyboard up for sale. Looking forward to seeing whether the M1 MacBook Air works for me.

Comments welcome. Can anyone think of a reason I should keep my iPad Pro?