Business managers speak their minds: digital transformation has way too much baggage 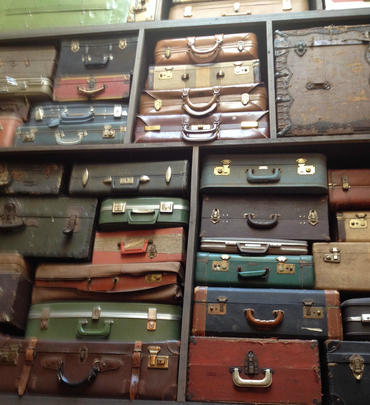 If we learned anything over the past year, we came to understand how critical digital capabilities have become to keep organizations and their work-from-anywhere employees connected and going. That’s given IT leaders and professionals a seat at the table when it comes to assuring both the day-to-day operations of their businesses, as well as providing strategic device for the future.

At last, the room goes quiet when it’s the IT executive’s turn to speak.

But there is also great dissatisfaction with the state of IT rumbling within the corporate ranks. There’s a pervasive feeling among many that their organizations are falling behind the technology curve, even at a time when dependence on IT is increasing.

That’s the takeaway from a survey of 1,739 line-of-business managers across the world, released by MuleSoft, which finds only 37% believe they currently have enough skills and technology to keep pace with digital projects during this period of upheaval. The majority, 58%, even feel IT leaders are spending too much time “keeping the lights on” rather than supporting innovation. Forty-four percent even go as far as to say they think their organization’s IT department is a blocker on innovation.

It’s not necessarily the fault of IT, who are tasked with bringing what are often vast spaghetti-works of disconnected and legacy systems into the 21st century, while also holding their organizations together in one piece through the Covid crisis. Oh, and without the adequate budgets to do so. “Overall IT budgets are expected to decline slightly year-over-year in 2021,” according to a survey released by SWZD.

And, by the way, requirements have just changed for the umpteenth time this month. In addition, already-stretched IT teams can’t deliver projects quickly enough.

What is needed is a greater sense of partnership, and this is the time for IT leaders to step up and lead the way in this emerging era, when every company needs to become a digital company.

Still, frustration simmers. More than half (51%) of LOB managers in the MuleSoft survey are currently frustrated by the speed at which their IT team can deliver digital projects. almost three in ten (29%) employees say a lack of digital skills across the business is also an inefficiency when delivering digital projects.

The LOB managers feel siloed systems and data are slowing down business growth, and are well aware of the repercussions of failing to connect systems, applications, and data. More than half (59%) agree that failure in this area will hinder business growth and revenue. The same percentage also agree that an inability to connect systems, applications, and data will negatively impact customer experience.

LOB managers also question how automation can move forward in their disconnected environments. Three in five (60%) respondents admit that failure to connect systems, applications, and data will also hinder automation initiatives. This comes at a time when a growing number of organizations are looking to automate business processes via capabilities, such as robotic process automation (RPA).

The vast majority (82%) of the LOB managers say they need quick and easy access to data, IT systems, and applications to do their jobs effectively and remain productive. Access to data is critical as more than half (59%) of managers and their employees are involved in identifying, suggesting, or creating new ways to improve the delivery of digital services externally, such as building an online self-service portal or a customer-facing mobile application. Yet, less than one-third (29%) think their organization is very effective in connecting and using data from multiple sources to drive business value.

There’s no question the 2020 Covid crisis put digital initiatives at the top of priority lists — digital initiatives increased by an average of about 20%, the MuleSoft survey’s authors report. However, the crisis also exposed weaknesses in the way systems are designed, often tied into legacy systems and outdated processes.  For example, one-third of the LOB managers (33%) feel there is a lack of connectivity between existing IT systems, applications, and data as an inefficiency when it comes to digital delivery.

Greater collaboration is called for. The survey’s authors recommend that LOB managers and employees become more involved in IT processes, in roles such as “citizen integrators” or “citizen developers.” Most (68%) LOB managers believe IT and LOB users should jointly drive digital innovation. The vehicle for doing this, they say, would be “centers for enablement to bring together IT and business divisions to productize, publish, and harvest reusable assets and best practices.”  They also promote the use of reusable APIs (MuleSoft did sponsor this survey after all), but an architecture built on reusable building blocks — APIs, as well as microservices and containers — certainly accelerates the journey to digital transformation. “APIs can be used to unlock data from systems and compose data and capabilities into processes to deliver customer experiences,” the survey’s authors state. “Discoverable, self-serve, and reusable APIs help democratize integration and innovation to LOB teams.”