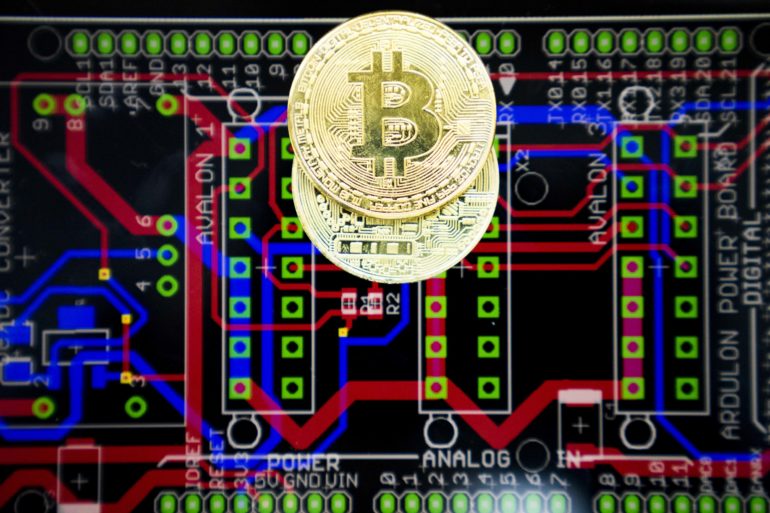 GUANGZHOU, China — China’s Inner Mongolia region plans to ban new cryptocurrency mining projects and shut down existing activity in a bid to cut down on energy-consumption.

Bitcoin is based on a decentralized network, which means it’s not issued by a single entity like a central bank. Transactions, recorded on a public ledger called the blockchain, need to be “verified” by miners.

These miners run purpose-built computers to solve complex mathematical puzzles that effectively allow a bitcoin transaction to happen. The miners receive bitcoin as a reward and that is the incentive.

But because the computers are high-powered, they consume a lot of energy.

Bitcoin mining consumes an estimated 128.84 terrawatt-hour per year of energy — more than entire countries such as Ukraine and Argentina, according to the Cambridge Bitcoin Electricity Consumption Index, a project of the University of Cambridge.

Inner Mongolia, located in northern China, failed to meet central government assessment targets regarding energy use in 2019 and was scolded by Beijing. In response, the region’s development and reform commission laid out plans to reduce energy consumption.

Part of those plans involve shutting down existing cryptocurrency mining projects by April 2021 and not approving any new ones. They also involve reassessing other energy-intensive industries like steel and coal.

While the Chinese government has backed the development of bitcoin’s underlying blockchain technology, it has looked to crack down on digital currencies themselves. In 2017, Beijing banned initial coin offerings, a way to issue digital tokens and raise money. The government has also cracked down on businesses involved in cryptocurrency operations, such as exchanges.