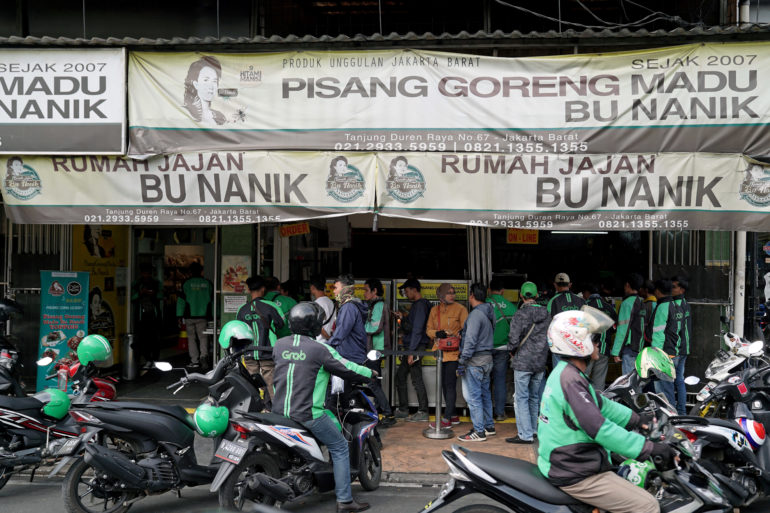 SINGAPORE — Southeast Asia saw a surge in the use of digital services like e-commerce, food delivery and online payment due to the coronavirus pandemic, according to a new report from Google, Temasek Holdings and Bain & Company.

As many as 40 million people in six countries across the region — Singapore, Malaysia, Indonesia, the Philippines, Vietnam and Thailand — came online for the first time in 2020, the report said. That pushed the total number of internet users in those Southeast Asian countries to 400 million — or nearly 70% of the population, the report said.

The report said many of the new users came from non-metropolitan areas in Malaysia, Indonesia and the Philippines.

Global growth is facing an unprecedented challenge this year due to stringent lockdown measures that have affected businesses and employment across the world.

Still, the report predicted Southeast Asia’s internet sectors could witness strong growth and hit $100 billion in gross merchandize value (GMV) in 2020, with e-commerce registering a 63% growth while the online travel segment contracted 58%. GMV is a metric most commonly used in e-commerce that measures the total dollar value of goods sold over a certain period of time.

Overall, the region’s internet sectors remain on track to cross $300 billion in GMV by 2025 — that prediction was first made last year before the coronavirus pandemic.

Aardash Baijal, head of digital practice in Southeast Asia, at Bain & Company told CNBC that while the pandemic pushed more people to carry out online transactions this year, it does not necessarily mean they would spend more by 2025. Hence, the report’s five-year projection on the value of Southeast Asia’s internet economy remained mostly unchanged.

Still, it is “entirely possible” the region could cross the $300 billion mark before 2025 if there are signs of notable economic recovery, Baijal said.

“We’ve been profoundly impacted by the global coronavirus but it has been heartening and encouraging to see that the resilience still exists in Southeast Asia’s digital economy,” Stephanie Davis, vice president for Southeast Asia at Google, said on CNBC’s “Squawk Box Asia” on Tuesday before the report was officially released.

Davis explained that Covid-19, which has infected more than 50 million people worldwide, drove a lot of the decision-making for consumers across Southeast Asia. She added that there was encouraging evidence that much of that shift to digital consumption is here to stay.

“When we ask consumers why they chose to use e-commerce, as just one example, during coronavirus, they share with us that yes, it was to avoid potential exposure to coronavirus. But really importantly, near the same percentage of people state it is because it is efficient and they found it to be helpful,” Davis said.

Some of the findings from the 2020 report include:

1. Digital financial services are gaining momentum as more small-and-medium-sized businesses have become receptive to accepting online payments. Digital payments are set to grow from $600 billion in 2019 to $620 billion in 2020 as the average number of cash transactions fall and could reach $1.2 trillion by 2025. Digital payments as defined in the report include mobile wallets, account-to-account transfers and credit and debit cards.

2. Health technology and education technology sectors received a boost from the pandemic as many people turned to online health consultations while schools shifted to remote learning. Investments into those sectors are growing.

3. Online travel and transport sectors were hit the hardest as the pandemic ground international travel to a halt while many people began to work from home or became concerned about sharing transport. Still, the report predicts online travel to rebound to $60 billion by 2025.