Which consumer drone should you buy? (September 2021) 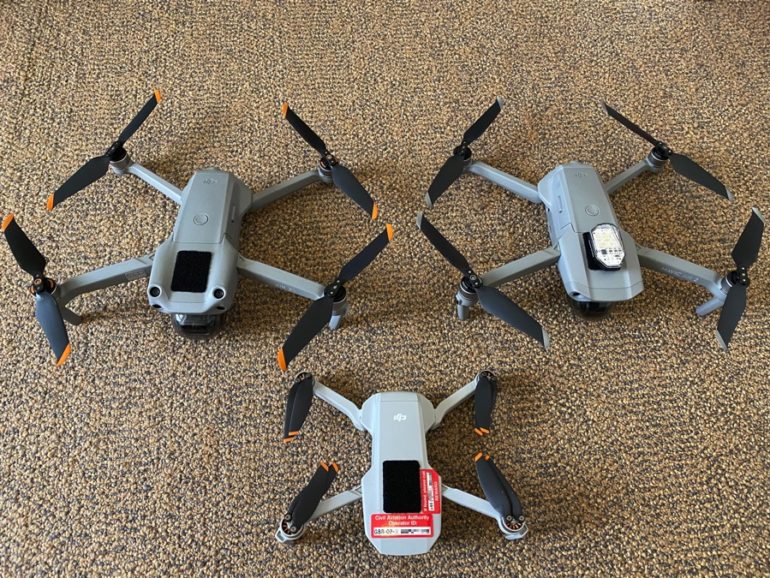 I have a number of drones, and I’ve put a fair few miles and hours of flight on them — over 125 miles and 22 hours in total. As much as I’ve tried to not end up with a favorite, I definitely do have a favorite.

And it’s not the drone I expected it to me.

First, let me introduce you to the fleet.

First up is the DJI Mavic Air 2.

This is the drone that got me back into aerial photography and videography. This drone sort of covered a lot of bases for me. It’s small and packable. The 4K/48-megapixel camera (actually a 12-megapixel sensor that can use electronic wizardry to output 48-megapixel images) is, for its size, capable of some stunning results.

The gimbal is silky smooth and highly responsive, and the drone is perfectly capable of battling some robust winds and coming back with fantastic footage.

I then acquired a DJI Air 2S.

This is essentially a DJI Mavic Air 2 with a 5.4K/20-megapixel 1-inch sensor.

For me, the benefit of this one is being able to capture more detail thanks to the 10-bit sensor, especially in low-light conditions. Otherwise, it seems to have the same flight characteristics as the Mavic Air 2 in terms of speed, power, wind resistance, and range.

If there are any differences in the flight specs, I don’t feel them.

Then there’s the DJI Mini 2.

This is a 4K camera on a tiny, sub-250g/8.8oz drone. The speed and wind resistance is nothing like the Mavic Air 2 or Air 2S, it doesn’t have obstacle avoidance sensors, the footage it captures is not as good since I’m more limited in what video formats I can use, and the drone has the fewest features of the three.

I expected this to be the drone I flew when I didn’t have access to the others. A compromise. A drone that I sent to do work where I didn’t need the best.

Little did I know that it would become my favorite.

Must read: Buying a new Apple gadget? Here’s how to find the best deals (September 2021)

So why is the DJI Mini 2 my favorite drone?

First off, it’s the size. It’s small, lightweight, and highly portable. The case it comes in as part of the Fly More combo that DJI offers (this is worth buying just for the spare batteries) is the same as for the other drones, but when it’s out of that case it becomes something I could fit into a jacket pocket.

I’ve not flown it enough that I can be out and about and have the drone up in the air in a couple of minutes.

In Apps and WebCompaniesSmartphones
on 5 July 20217 min read

It’s also not as noisy as its bigger siblings, making it a lot more discreet.

Then there’s the weight.

At under 250g, it falls into that category where I can do more with it without brushing up against regulations (I’m in the UK, and the rules differ in the US, but on both sides of the pond, a sub-250g drone is subject to fewer regulations and red tape.

It both looks and feels like a toy. But it isn’t a toy.

Despite the lack of sensors, it’s still easy to fly. Sure, I know of plenty of people who’ve smashed one straight into a wall or tree on their first flight, so it’s vital to take the time to practice. But if you fly conservatively, the chances of losing it to an accident is small.

I’ve done a lot with this drone. Sent it out over the ocean to video cruise ships. Flown it in city centers to carry out a roof inspections. Had it flying in thick fog over the countryside.

And the price is also hard to beat.

At $599 for the DJI Mini 2 Fly More combo package or $449 for the Mini 2 drone, controller, and single battery, it’s unbeatable. Amazon also has a renewed Mini 2 for only $399, which is a great way to save money.