Who got rich? IPOs produce big gains for Uber, Delta and tech VCs 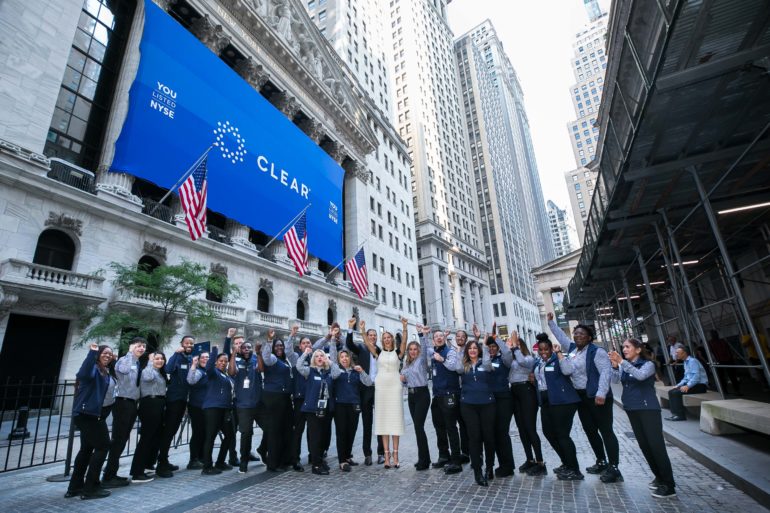 On a day with more tech IPOs than available bell-ringing slots at U.S. exchanges, investors reaped billions of dollars in gains.

Uber and Tencent joined SoftBank as the biggest stakeholders in Chinese ride-hailing service Didi Chuxing, which debuted on Wednesday on the New York Stock Exchange and closed with a market cap of $67.8 billion. Delta Air Lines is one of the top investors in airport security vendor Clear, which rang the opening bell at the NYSE.

Among venture firms, New York’s Insight Partners had the biggest day, thanks to its $1.45 billion stake in cybersecurity software company SentinelOne, while Highland Capital owns shares worth over $500 million in Xometry, a manufacturing marketplace.

There’s plenty of money to go around for private equity firms as well. Francisco Partners owns over a quarter of LegalZoom, which celebrated by opening on the Nasdaq on Wednesday, and ad tech-company Integral Ad Science is majority owned by Vista. Integral rang the Nasdaq’s closing bell.

While last week’s IPOs of software companies Confluent and Doximity primarily rewarded familiar venture names such as Benchmark, Index Ventures and Emergence Capital, this crop of deals underscores the thirst for tech across the investing universe. From buyout firms and mutual fund managers to large publicly traded companies, capital has poured into the tech industry, which is playing an outsized role in the broader economy.

Didi was by far the biggest debut on Wednesday, after the company raised $4.4 billion in its IPO. Its largest investor is SoftBank, which started buying shares in 2015 at a $16.5 billion post-money valuation, according to PitchBook. The firm, principally through its Vision Fund, amassed a stake worth $13.7 billion as of the close of trading.

Uber owns an $8.1 billion stake in Didi after ceding China to its rival in 2016 and selling its Chinese business in exchange for Didi shares. At the end of March Uber valued its Didi stock at $5.9 billion.

“Nearly every stakeholder was against our big investment in China and relentlessly negative about it,” Michael wrote, in one of several tweets about the deal.

Chinese internet giant Tencent owns a $4.4 billion stake in Didi after investing as early as 2013. Apple and Alibaba also invested in later years, but they each own less than 5% of the company, so their holdings aren’t disclosed in the prospectus.

‘Reduced hassle’ at the airport

Clear, whose biometric devices help passengers zip through airport security lines, has a market cap of $5.9 billion after its stock rose 29% to $40 in its NYSE debut.

T. Rowe Price is Clear’s biggest outside investor, with a stake worth $763 million at the close, followed by venture firm General Atlantic at $596 million.

Delta’s shares are valued at $331 million because of an investment that was tied to a partnership between the two companies. At the airline’s hub in Atlanta, Delta uses facial recognition systems so passengers can quickly board some international flights without having to show a boarding pass or passport. In 2017, Clear began operations at New York’s John F. Kennedy and LaGuardia airports, and it pays a revenue share to Delta rather than paying the airport, according to the prospectus.

“Our customers tell us their time is valuable, as is having a consistent, enjoyable airport experience with reduced hassle,” said Ed Bastian, Delta’s CEO, in a press statement at the time of the agreement in 2016. “We look forward to what this partnership will bring to our customers.”

SentinelOne climbed 21% on Wednesday after the company raised $1.2 billion in its IPO. Insight Partners, which is in the midst of a winning streak from the IPOs of Israel’s Monday.com and WalkMe, is the top shareholder. Tiger Global, the investment firm best known for late-stage tech deals, has a $1.1 billion stake.

Xometry, which provides technology for on-demand manufacturing, had the biggest pop among Wednesday’s IPOs, almost doubling to $87.39 from its offer price of $44.

Ericsson continued its revenue hit in mainland China during Q3

The company closed the day with a market cap of $3.7 billion. Highland Capital, which operates in the Bay Area and Boston, led an $8.8 million investment at a $40 million valuation in 2015. T. Rowe Price led the most recent private round last year at a valuation of about $550 million.

Xometry CEO Randy Altschuler told CNBC’s “The Exchange” that an IPO was the best option for the company, even as there are more ways to go public, such as a direct listing or through a special purpose acquisition company, or SPAC.

“We had a lot of enthusiasm coming into our debut today, and we thought, hey, let’s build a book of long-term investors and build a great company,” he said.

Francisco Partners almost quadrupled its money in LegalZoom, less than three years after the firm invested $300 million in a deal that valued the legal services site at $2 billion. After the stock climbed 35% on Wednesday to $37.85, LegalZoom’s market cap jumped to $7.3 billion and Francisco’s stake reached $1.1 billion.

Vista’s return on Integral Ad Science isn’t quite as dramatic on a percentage basis, but the total dollar amount is even greater. In June 2018, Vista bought a majority of the ad-tech company in a transaction valuing the business at $835 million, according to PitchBook.