Daft Punk split up after 28 years 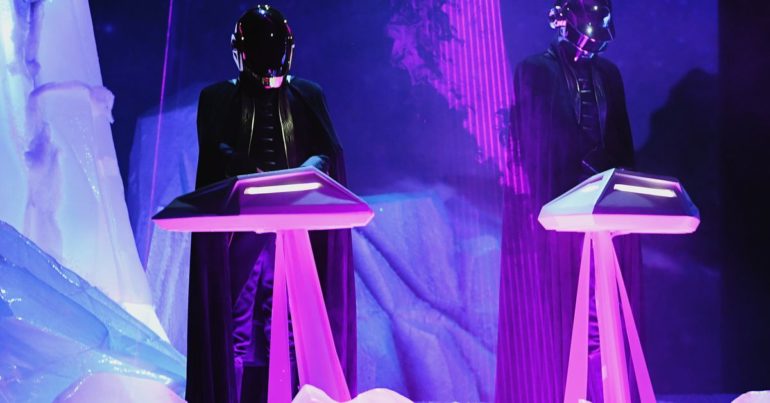 The Paris-born electronic music duo Daft Punk are no more. The group, consisting of French musicians Guy-Manuel de Homem-Christo and Thomas Bangalter, confirmed the breakup with an eight-minute video titled “Epilogue” excerpted from their 2006 science fiction film Electroma, according to Pitchfork, which also confirmed the news with Daft Punk’s publicist.

Daft Punk formed in 1993 in Paris and would go on to have a monumental effect on the emerging house and techno scenes of Europe and later all of pop music around the globe, with landmark albums like 1997’s Homework and 2001’s Discovery and singles like “Around the World” and “One More Time.”

A standout of Daft Punk’s early career included the anime film Interstella 5555: The 5tory of the 5ecret 5tar 5ystem. It told a visualized narrative of their album Discovery in partnership with legendary Japanese studio Toei Animation and manga artist Leiji Matsumoto.

The duo became increasingly elusive throughout the 2000s as they retreated behind their signature robotic helmets and made sparingly few public appearances and even fewer interviews. Though even as they paused production on follow-up albums after 2005’s Human After All, Daft Punk stayed relevant through prescient infusions of dance music into mainstream culture.

They licensed “Harder, Better, Faster, Stronger” to rapper Kanye West for his 2007 single “Stronger,” and the duo put the Coachella Music Festival on the map with an absurd, expensive, and unforgettable performance the year prior when they debuted their now-iconic pyramid stage. They also produced their first film score with the Tron: Legacy soundtrack in 2010.

In 2013, Daft Punk released Random Access Memories, an album dedicated to live instrumentation and the American roots of funk and disco. It went on to win numerous Grammy Awards and cemented Daft Punk as legends of genre-blending pop music. It would be their final album.