Almost 17 million vertebrates killed in the 2020 wildfires in Brazil: study 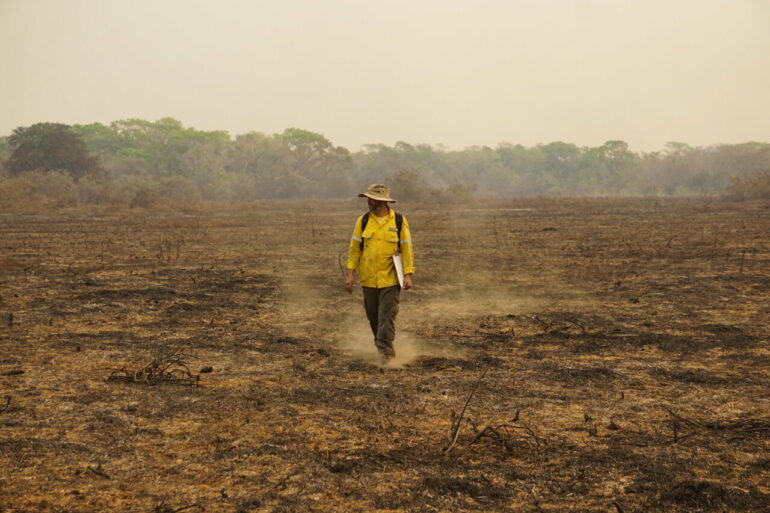 The 2020 wildfires in the Pantanal wetland, Brazil, caused the immediate death of potentially 16.9 million vertebrates, including lizards, birds and primates, reports a study published in Scientific Reports.

The wildfires in the Pantanal wetland burned between January and November 2020 causing huge damage to the world’s largest tropical wetland. Walfrido Moraes Tomas, Ronaldo Morato and colleagues estimated wildfire animal deaths by counting carcasses in burned areas. They sampled carcasses at intervals along tracts of wetland (114.43 kilometers in total) in the immediate aftermath of a fire.

The authors report that their sampling likely missed several species known to have also been killed by the fires including jaguars, pumas and tapirs. They also caution that their estimation does not reflect the full impact of the wildfires that would have caused subsequent animal deaths from habitat loss.

Walfrido Moraes Tomas and colleagues conclude that their study highlights the catastrophic impact the 2020 wildfires had on wildlife in the Pantanal wetlands and the importance of preventing future disasters.