Compound extreme heat and drought will hit 90% of world population 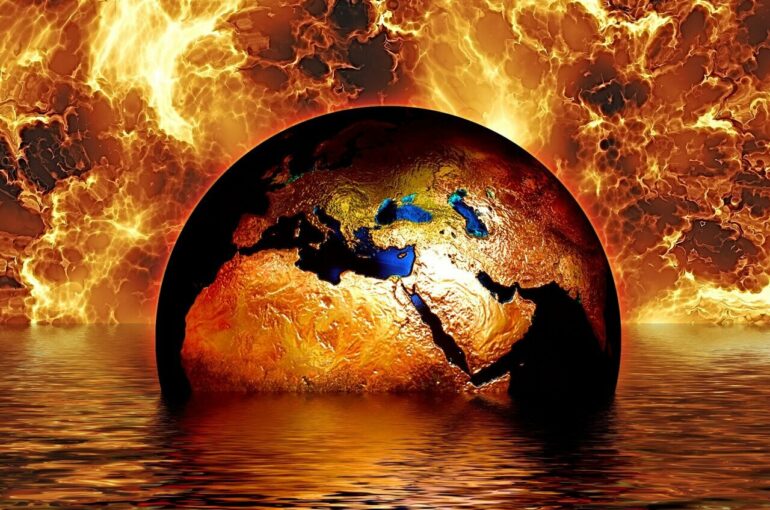 More than 90% of the world’s population is projected to face increased risks from the compound impacts of extreme heat and drought, potentially widening social inequalities as well as undermining the natural world’s ability to reduce CO2 emissions in the atmosphere—according to a study from Oxford’s School of Geography.

Warming is projected to intensify these hazards ten-fold globally under the highest emission pathway, says the report, published in Nature Sustainability.

In the wake of record temperatures in 2022, from London to Shanghai, continuing rising temperatures are projected around the world. When assessed together, the linked threats of heat and drought represent a significantly higher risk to society and ecosystems than when either threat is considered independently, according to the paper by Dr. Jiabo Yin, a visiting researcher from Wuhan University and Oxford Professor Louise Slater.

These joint threats may have severe socio-economic and ecological impacts which could aggravate socio inequalities, as they are projected to have more severe impacts on poorer people and rural areas.

According to the research, “The frequency of extreme compounding hazards is projected to intensify tenfold globally due to the combined effects of warming and decreases in terrestrial water storage, under the highest emission scenario. Over 90% of the world population and GDP is projected to be exposed to increasing compounding risks in the future climate, even under the lowest emission scenario.”

Dr. Yin says, “By using simulations from a large model…and a new machine-learning generated carbon budget dataset, we quantify the response of ecosystem productivity to heat and water stressors at the global scale.”

He maintains this shows the devastating impact of the compound threat on the natural world—and international economies. He says, limited water availability will hit the ability of “carbon sinks”—natural biodiverse regions—to take in carbon emissions and emit oxygen.

Professor Slater says, “Understanding compounding hazards in a warming Earth is essential for the implementation of the UN Sustainable Development Goals (SDGs), in particular SDG13 that aims to combat climate change and its impacts. By combining atmospheric dynamics and hydrology, we explore the role of water and energy budgets in causing these extremes.”