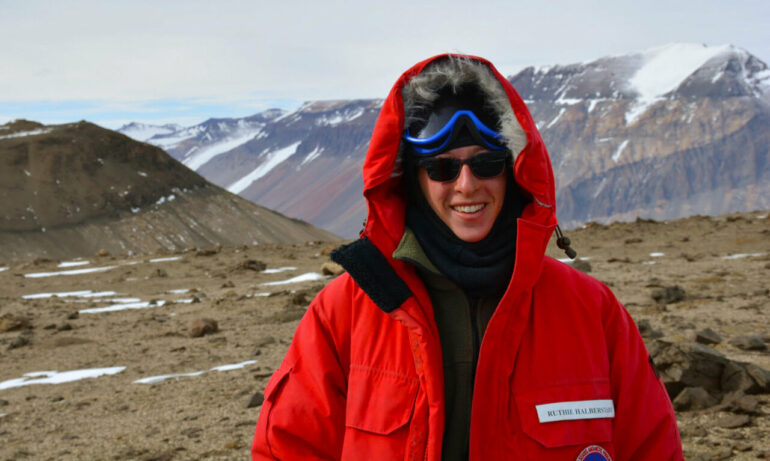 New research led by the University of Massachusetts Amherst definitively resolves a long-standing discrepancy in the geologic record that pitted studies of marine ice-sheet behavior against those that reconstructed past conditions on land. The research, published recently in the journal Geology, and funded by the National Science Foundation and the National Environment Research Council, lends additional weight to evidence that the Antarctic Ice Sheet is sensitive to small changes in CO2 levels, and that in the past, large portions of the ice sheet could have disappeared under CO2 levels similar to today.

There has been a decades-long debate among scientists who study the history of the Antarctic Ice Sheet, and it revolves around the discrepancy between marine data from the Ross Sea and data collected in the McMurdo Dry Valleys, an ice-free mountainous coastal region adjacent to the Ross Sea. In one corner stand marine records from the sea floor that have shown that the Antarctic Ice Sheet has repeatedly shrunk to a smaller-than-modern size across the last 10 million years, and that the ice-covered Ross Sea was periodically open ocean. This suggests that the Antarctic Ice Sheet is sensitive to relatively small CO2 and temperature fluctuations and receded during past warm periods.

In the other corner stand terrestrial studies of ancient and well-preserved landforms in the McMurdo Dry Valleys that reveal that cold-desert conditions on land were maintained across the same ten-million-year time period, which has led some researchers to conclude that a stable Antarctic Ice Sheet has persisted across multiple past warm periods, and therefore may be less susceptible to climate warming than the marine data suggests.

Is the West Antarctic Ice Sheet sensitive to a warming climate or not? Resolving this debate is of planetary significance, since the same portions of the Antarctic Ice Sheet that collapsed in the past could raise future sea levels by 10 feet or more if they were to collapse in our own time.

Using a series of high-resolution climate and ice-sheet models, Anna Ruth Halberstadt—who completed this research as part of her Ph.D. in geosciences at UMass Amherst—and her colleagues were able to show that it is entirely possible for below-freezing temperatures to exist in the McMurdo Dry Valleys even when the nearby Ross Sea is completely ice free. “We can now say, ‘Okay, now we understand why these two sets of data appeared to be at odds,'” says Halberstadt, the paper’s lead author.

Halberstadt and her team conducted a series of experiments using state-of-the-art climate and sea-ice models to show that the McMurdo Dry Valleys could certainly have stayed frozen, even during times when the ice sheet collapsed. Halberstadt says that “this work finally brings all of the geologic information neatly into line, and suggests that large parts of the Antarctic Ice Sheet may have collapsed under climatic situations similar to today.”