In last 15 years, deforestation made outdoor work unsafe for millions 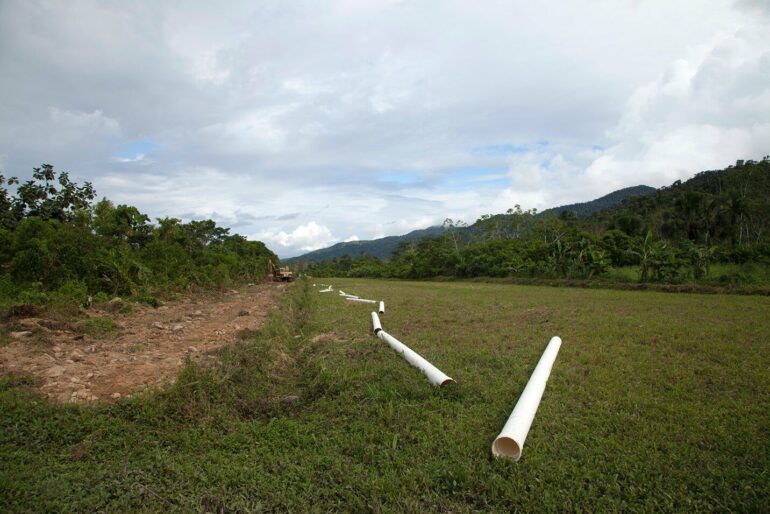 The tropics is becoming hotter due to a combination of warming associated with deforestation and climate change—and that can reduce the ability of outdoor workers to perform their jobs safely. Researchers reporting in the journal One Earth on December 17 estimate how many safe working hours people living in the tropics have lost due to local temperature change associated with loss of trees during the past 15 years.

“There is a huge disproportionate decrease in safe work hours associated with heat exposure for people in deforested locations versus people in forestated locations just over the past 15 or 20 years,” says first author Luke Parsons, a climate researcher at Duke University. “There is a small amount of climate change that has happened over the same 15-year period, but the increase in humid heat exposure for people living in deforested relative to forested locations was much larger than that from recent climate change.”

Previous research has revealed deforestation is associated with an increase in local temperature. Trees block out the sun’s radiation and provide shade. They also cool down the air via evapotranspiration, a process when plants transport water from the soil then evaporate water from the leaf surface, similar to how sweating cools the skin.

“The trees in the tropics seem to limit the maximum temperatures that the air can reach. Once we cut those trees down, we lose that cooling service from the trees, and it can get really, really hot,” Parsons says. “In the Brazilian Amazon, for example, where huge swaths of the rainforest have been cleared in the last 15 or 20 years, the afternoons can be up to 10 degrees Celsius warmer than forested regions.”

The One Earth study went a step further and estimated the number of people who live in locations affected by warming associated with deforestation. Using satellite data and meteorological observations, Parsons and his team tracked the local temperature and humidity in 94 low-latitude countries with tropical forests, including countries in the Americas, Africa, and Asia, from 2003 to 2018.

They estimated that in recently deforested locations, almost 5 million people lost at least half an hour of safe work time per day—when the weather outside is too hot and humid to safely conduct heavy labor. Among them, at least 2.8 million people are outdoor workers that perform heavy physical work in the agriculture and construction sectors. Heavy physical work increases heat generated within the human body, which when combined with hot and humid environments, increases the risk of heat strain and heat-related illnesses, including heat stroke, which can be fatal.

“Those tropical locations are already on the edge of being too hot and humid to safely work because of climate change. Deforestation may push these places over the edge into even more unsafe work environments,” Parsons says.

Notably, this study estimates that there are nearly 100,000 people living in the tropics in locations that lost more than 2 hours of safe work time per day due to temperature increases associated with deforestation, and over 90% of those people live in Asia. Parsons explains that the disproportionate distribution is likely due to Asia’s highly dense population.

“I think the research has a positive message and a negative message,” he says. “The negative message is that if we cut down trees, we not only cause problems for the ecosystem and global carbon emissions, but we also lose local cooling services that provide a comfortable and safe place to work. But the positive message is that if we can prevent forest loss, we can maintain cooling services along with all the other benefits forests provide. Importantly, the relationship between the health of the forests and nearby people offers an additional, locally relevant reason to prevent tree loss.”