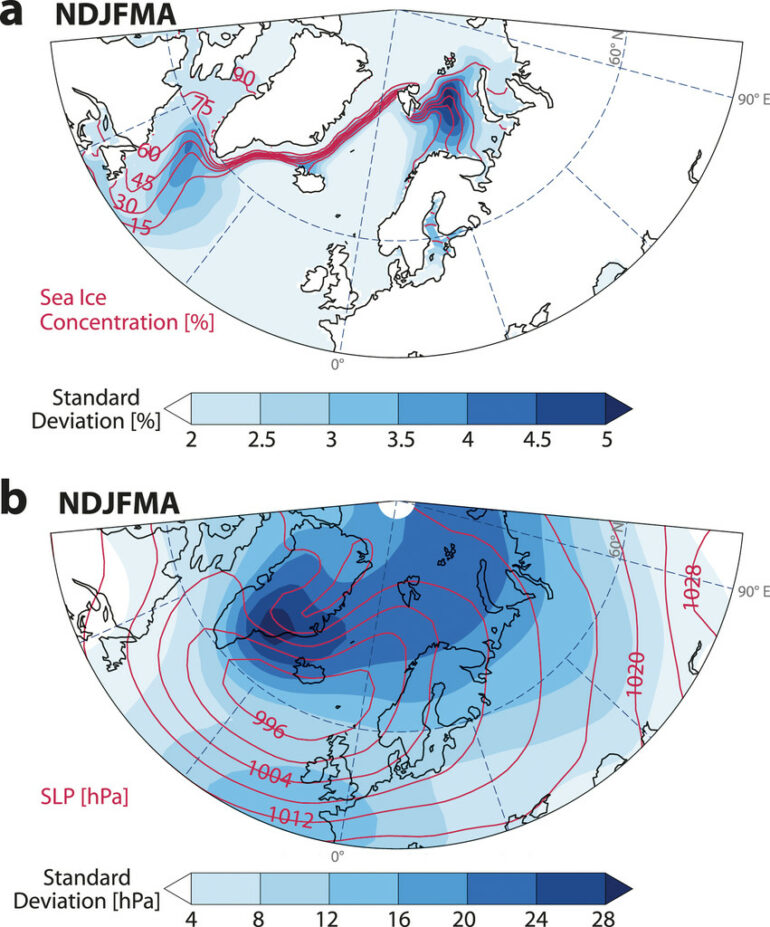 Scientists have used centuries-old clam shells to see how the North Atlantic climate system reached a “tipping point” before the Little Ice Age.

The Little Ice Age—a period of regional cooling, especially in the North Atlantic—lasted several centuries, ending in about 1850.

A long-standing theory suggests initial cooling in this period was sustained by “sea-ice to ocean feedbacks”—sea ice expanded and this slowed ocean currents which in turn reduced the flow of warm water from the south.

The new study, by the University of Exeter, used the shells of quahog clams—which can live for several hundred years—to understand how the ocean has evolved and responded to external changes over recent centuries.

The findings show that the North Atlantic climate system destabilized and lost resilience (the ability to recover from external changes) prior to the Little Ice Age, possibly causing it to “tip” into a new, colder state.

And the researchers say the North Atlantic could be approaching a new tipping point, with major consequences for the region’s climate.

With scientists warning that multiple tipping points may now be approaching worldwide due to human-driven climate change, the study helps us understand when and how tipping points are triggered.

“One way to tell that a system is approaching a sudden transition is that it becomes slow to respond to perturbations (external changes),” said lead author Beatriz Arellano-Nava, of Exeter’s Global Systems Institute.

“In other words, a system loses the ability to return to its average state, and can instead ‘tip’ into a new state.”

“In the case of the North Atlantic prior to the Little Ice Age, this loss of resilience made the system vulnerable to an abrupt switch, potentially heralding the transition to Little Ice Age conditions,” said Dr. Paul Halloran, who co-led the research.

The new study warns that vulnerability of the North Atlantic system is a critical issue today, with recent analysis suggesting it has destabilized during the last century and might be approaching a tipping point.

“Our latest analysis suggests that the system of ocean currents in the northern North Atlantic could be at risk of a tipping point again now due to global warming, leading once again to abrupt climate change over Europe,” said Professor Tim Lenton, Director of the Global Systems Institute.

Analysis of clam shells focused on oxygen and carbon isotopes and shell growth—all of which can be used as measures of environmental variability.

The paper, published in the journal Nature Communications, is titled “Destabilisation of the Subpolar North Atlantic prior to the Little Ice Age.”