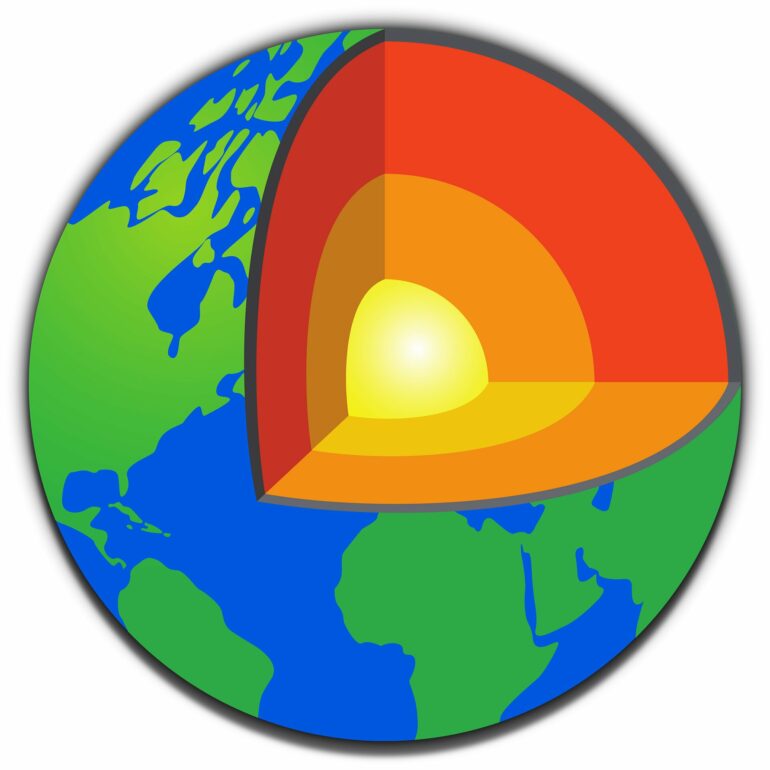 As you are reading this, more than 400 miles below you is a massive world of extreme temperatures and pressures that has been churning and evolving for longer than humans have been on the planet. Now, a detailed new model from Caltech researchers illustrates the surprising behavior of minerals deep in the planet’s interior over millions of years and shows that the processes are actually happening in a manner completely opposite to what had been previously theorized.

The research was conducted by an international team of scientists, including Jennifer M. Jackson, William E. Leonhard Professor of Mineral Physics. A paper describing the study appears in the journal Nature on January 11.

“Despite the enormous size of the planet, the deeper parts are often overlooked because they’re literally out of reach—we can’t sample them,” Jackson says. “Additionally, these processes are so slow they seem imperceptible to us. But the flow in the lower mantle communicates with everything it touches; it’s a deep engine that affects plate tectonics and may control volcanic activity.”

The lower mantle of the planet is solid rock, but over hundreds of millions of years it slowly oozes, like a thick caramel, carrying heat throughout the planet’s interior in a process called convection.

Many questions remain unanswered about the mechanisms that allow this convection to happen. The extreme temperatures and pressures at the lower mantle—up to 135 gigapascals and thousands of degrees Fahrenheit—make it difficult to simulate in the laboratory.

For reference, the pressure at the lower mantle is almost a thousand times the pressure at the deepest point of the ocean. Thus, while many lab experiments on mineral physics have provided hypotheses about the behavior of lower mantle rocks, the processes occurring at geologic timescales to drive the sluggish flow of lower-mantle convection have been uncertain.

The lower mantle is mostly made up of a magnesium silicate called bridgmanite yet also includes a small but significant amount of a magnesium oxide called periclase mixed in among the bridgmanite in addition to small amounts of other minerals. Laboratory experiments had previously shown that periclase is weaker than bridgmanite and deforms more easily, but these experiments did not take into account how minerals behave on a timescale of millions of years. When incorporating these timescales into a complex computational model, Jackson and colleagues found that grains of periclase are actually stronger than the bridgmanite surrounding them.

“We can use the analogy of boudinage in the rock record [image at right], where boudins, which is French for sausage, develop in a rigid, ‘stronger,’ rock layer among less competent, ‘weaker,’ rock,” Jackson says.

“As another analogy, think about chunky peanut butter,” Jackson explains. “We had thought for decades that periclase was the ‘oil’ in peanut butter, and acted as the lubricant between the harder grains of bridgmanite. Based on this new study, it turns out that periclase grains act as the ‘nuts’ in chunky peanut butter. Periclase grains just go with the flow but don’t affect the viscous behavior, except in circumstances when the grains are strongly concentrated. We show that under pressure, mobility is much slower in periclase compared to bridgmanite. There is an inversion of behavior: periclase hardly deforms, while the major phase, bridgmanite, controls deformation in Earth’s deep mantle.”

Understanding these extreme processes happening far below our feet is important for creating accurate four-dimensional simulations of our planet, and it helps us comprehend more about other planets as well. Thousands of exoplanets (planets outside of our solar system) have now been confirmed, and discovering more about mineral physics under extreme conditions gives new insights into the evolution of planets radically different from our own.