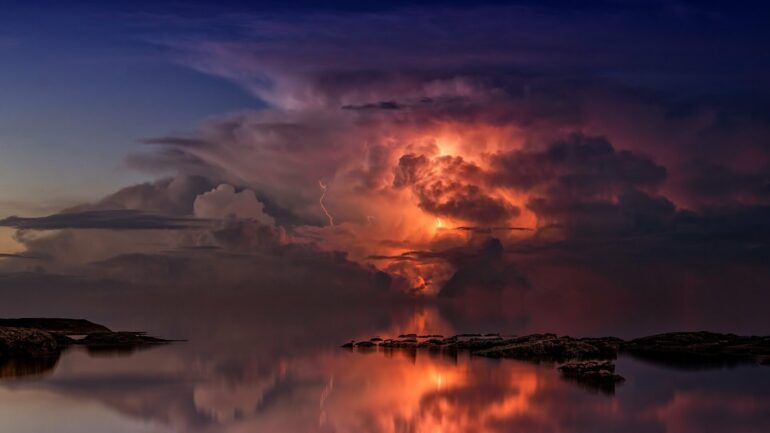 Scientists have shed new light on the “self-cleaning” capacity of the atmosphere.

This process of self-cleaning is essential to remove gaseous pollutants and regulate greenhouse gases such as methane from the atmosphere.

Researchers were already aware that the atmosphere had this “self-cleaning” ability, but in a new study from the University York, experts have now shown a new process that increases the ability of the marine atmosphere to self-cleanse.

Using a combination of aircraft and ground-based observations, scientists were able to confirm the widespread presence of nitrous acid (HONO) in the remote Atlantic troposphere formed by so-called “renoxification”, whereby photolysis of aerosol nitrate returns nitrogen oxides (NOx) and HONO to the marine atmosphere.

Historically, aerosol nitrate had been considered a permanent sink for NOx. This new process could increase the ability of the atmosphere to self-cleanse on a global scale.

Scientists say the findings, published in Science Advances, could be highly significant for atmospheric chemistry and largely reconcile widespread uncertainty on the importance of renoxification.

With support from the Natural Environmental Research Council (NERC), scientists from the Wolfson Atmospheric Chemistry Laboratories (WACL) led extensive aircraft and ground-based observations in and around Cape Verde in August 2019 and February 2020.

Lead author, Professor Lucy Carpenter said, “Importantly, the observations showed that the efficiency of renoxification increased with relative humidity and decreased with the concentration of nitrate.”

“This observation reconciled the very large discrepancies in the rates of renoxification found across multiple laboratory and field studies.”

“It was also consistent with renoxification occurring on the surface of aerosols, rather than within their bulk, a new and exciting finding with implications for how this fundamental process is controlled and parameterized in models.”

Study offers most detailed glimpse yet of planet’s last 11,000 summers and winters

Recycling of nitrogen oxides on nitrate aerosol could have important, increasing, and as yet unexplored implications for the trends and distributions of atmospheric oxidants such as tropospheric ozone, an important greenhouse gas.