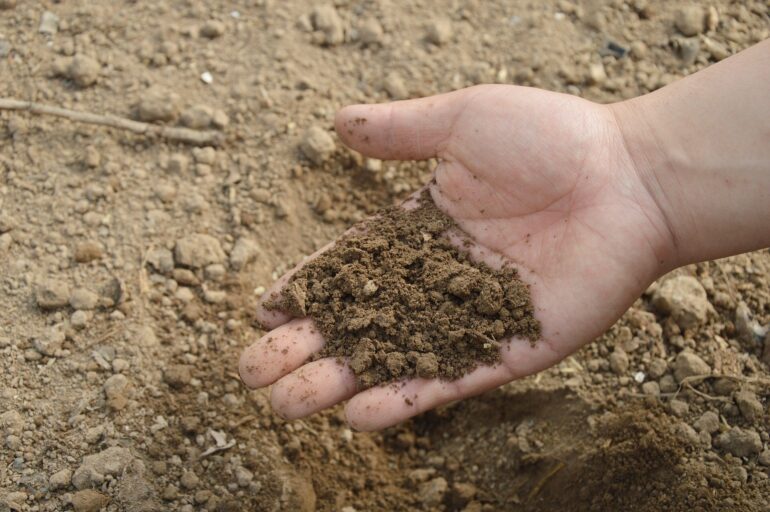 Researchers at ETH Zurich and the Carnegie Institution for Science have shown how nitrogen fertilizer could be produced more sustainably. This is necessary not only to protect the climate, but also to reduce dependence on imported natural gas and to increase food security.

Intensive agriculture is possible only if the soil is fertilized with nitrogen, phosphorus and potassium. While phosphorus and potassium can be mined as salts, nitrogen fertilizer has to be produced laboriously from nitrogen in the air and from hydrogen. And, the production of hydrogen is extremely energy-intensive, currently requiring large quantities of natural gas or—as in China—coal. Besides having a correspondingly large carbon footprint, nitrogen fertilizer production is vulnerable to price shocks on the fossil fuels markets.

Paolo Gabrielli, Senior Scientist at the Laboratory of Reliability and Risk Engineering at ETH Zurich, has collaborated with Lorenzo Rosa, Principal Investigator at Carnegie Institution for Science in Stanford, US, to investigate various carbon-neutral production methods for nitrogen fertilizer.

Producing the necessary hydrogen using fossil fuels as in the business-as-usual, only instead of emitting the greenhouse gas CO2 into the atmosphere, it is captured in the production plants and permanently stored underground (carbon capture and storage, CSS). This requires not only an infrastructure for capturing, transporting and storing the CO2 but also correspondingly more energy. Despite this, it is a comparatively efficient production method. However, it does nothing to reduce dependence on fossil fuels.Electrifying fertilizer production by using water electrolysis to produce the hydrogen. This requires averagely 25 times as much energy as today’s production method using natural gas, so it would take huge amounts of electricity from carbon-neutral sources. For countries with an abundance of solar or wind energy, this might be an appealing approach. However, given plans to electrify other sectors of the economy in the name of climate action, it might lead to competition for sustainable electricity.Synthesizing the hydrogen for fertilizer production from biomass. Since it requires a lot of arable land and water, ironically this production method competes with food production. But the study’s authors point out that it makes sense if the feedstock is waste biomass—for example, crop residues.

The scientists state that the key to success is likely to be a combination of all these approaches depending on the country and on specific local conditions and available resources. In any case, it is imperative that agriculture make a more efficient use of nitrogen fertilizers, as Rosa stresses, “Addressing problems like over-fertilization and food waste is also a way to reduce the need for fertilizer.”

India and China at risk

In the study, the scientists also sought to identify the countries of the world in which food security is currently particularly at risk owing to their dependence on imports of nitrogen or natural gas. The following countries are particularly vulnerable to price shocks in the natural gas and nitrogen markets: India, Brazil, China, France, Turkey and Germany.

Decarbonizing fertilizer production would in many cases reduce this vulnerability and increase food security. At the very least, electrification via renewables or the use of biomass would reduce the dependence on natural gas imports. However, the researchers put this point into perspective: all carbon-neutral methods of producing nitrogen fertilizer are more energy intensive than the current method of using fossil fuels. In other words, they are still vulnerable to certain price shocks—not on natural gas markets directly, but perhaps on electricity markets.

Decarbonization is likely to change the line-up of countries that produce nitrogen fertilizer, the scientists point out in their study. As things stand, the largest nitrogen exporting nations are Russia, China, Egypt, Qatar and Saudi Arabia. Except for China, which has to import natural gas, all these countries can draw on their own natural gas reserves.

In the future, the countries that are likely to benefit from decarbonization are those that generate a lot of solar and wind power and also have sufficient reserves of land and water, such as Canada and the United States.

“There’s no getting around the fact that we need to make agricultural demand for nitrogen more sustainable in the future, both for meeting climate targets and for food security reasons,” Gabrielli says. War in Ukraine is affecting the global food market not only because the country normally exports a lot of grain, but also because the conflict has driven natural gas prices higher.

This in turn has caused prices for nitrogen fertilizers to rise. Even so, some fertilizer producers are known to have ceased production, at least temporarily, because the exorbitant cost of gas makes production uneconomical for them.