Revealing the salty secrets of the biggest environmental shift since dinosaurs 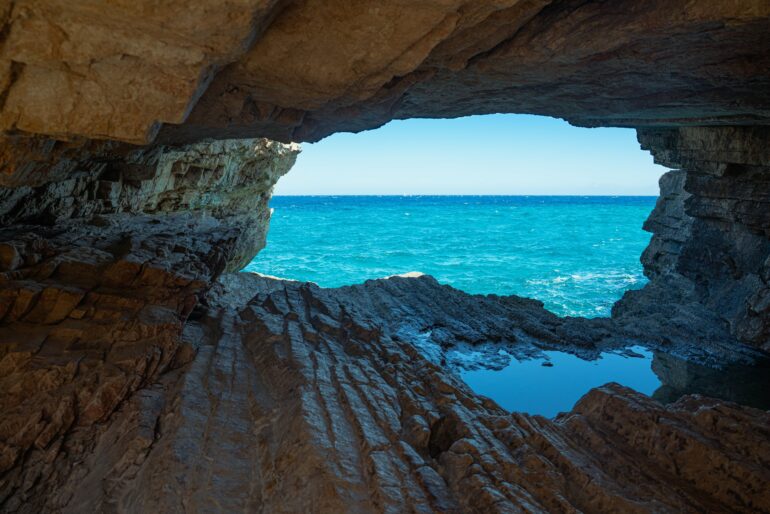 A new Nature Geoscience study from The Australian National University (ANU) offers further clues about what happened to the Mediterranean during a tumultuous period that likely included the most catastrophic flooding event in Earth’s recorded history.

The Zanclean megaflood happened around 5 million years ago following the collapse of the Gibraltar sill, or flood gate, which reconnected the Mediterranean Sea with the Atlantic Ocean. Global sea-levels dropped by 10 meters as the Mediterranean filled up and was converted back into a lively ocean basin.

Lead author, Ph.D. researcher Udara Amarathunga, said the flood is known as the most abrupt global-scale environmental shift since the demise of the dinosaurs.

“This event is considered the rebirth of the Mediterranean,” Mr. Amarathunga said.

“Our study fills a gap in the story. The megaflood triggered the end of the Messinian Salinity Crisis (MSC), which was initiated around 6 million years ago. The MSC saw the Mediterranean basin partially dry up as the Atlantic-Mediterranean gateway was closed, leaving behind huge bodies of salt and killing most life forms.

“As the megaflood rapidly re-filled the Mediterranean, the eastern basin became concentrated with salt. Our work indicates it took another 26,000 years to remove all the excess salt to the Atlantic Ocean and return the Mediterranean to a normal marine basin.”

This lengthy transition period was unknown to scientists until now.

Mr. Amarathunga said we’re unlikely to see another transformation of this size anytime soon, making it a unique example of how quickly—and surprisingly—the Earth system can change its behavior.

But there are still plenty of unanswered questions.

“It’s unclear how such a transformation would have changed the regional climate,” Mr. Amarathunga said.

London pollution has improved but ULEZ had small effect soon after it was brought in, finds study

“Also, further studies could tell us more about how organisms evolved as the Mediterranean was reborn.”


Citation:
Revealing the salty secrets of the biggest environmental shift since dinosaurs (2022, August 12)