Study shows tectonics to be main driver of hillslope ‘connectivity’ 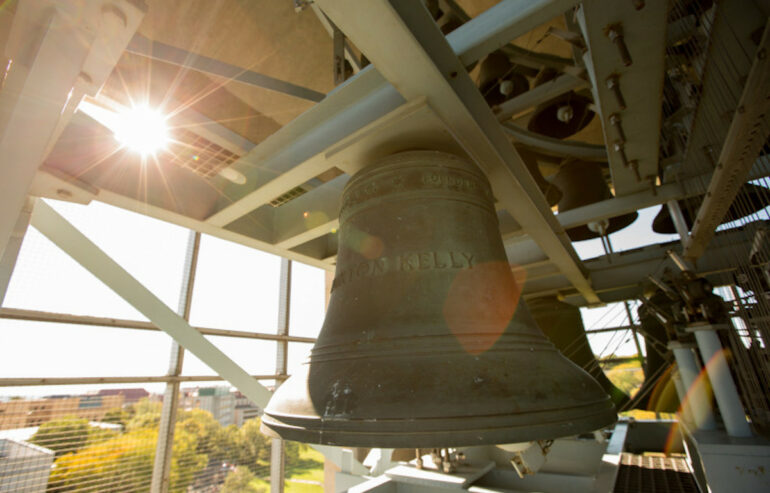 Chances are good that most people reading this are situated on a hillslope, as hillslopes cover some 90% of the Earth’s landmass.

Hillslopes are critical landscape features that move water from ridges down to valleys, transport sediments and nutrients, and link terrestrial ecosystems with aquatic ones—facets of a hillslope’s “connectivity.”

A new large-scale analysis of hillslope connectivity at the continental scale from the University of Kansas was recently published in Geophysical Research Letters. The study gives new understanding of mechanisms that determine how effectively hillslopes drive floods and landslides, as well as promote the presence of wetlands.

“‘Connectivity’ describes the likelihood that a part of the landscape is linked to a river,” said lead author Admin Husic, Harold A. and Donna R. Phelps Chair’s Council Assistant Professor of Civil, Environmental & Architectural Engineering at KU. “If you know a certain component of the landscape is highly connected to a river network—well then, that part of the landscape could contribute a lot of water as well as other contaminants to the network. In a way, you can identify some source areas you might want to target for management.

“More basically, ‘connectivity’ describes the movement of water—what compartments of a landscape are efficient at moving water as runoff. Some hillslopes readily convey this runoff quickly. Other hillslopes aren’t,” he said.

In seeking to determine what factors most influenced connectivity, Husic, along with co-author and recent KU graduate Alexander Michalek, now at the University of Iowa, report “the dominance of tectonic drivers, like river steepness and seismic activity, over climatic drivers, like precipitation and aridity, in controlling the strength of connectivity for the entire continental United States.”

“We created these structural connectivity maps for every 10-meter-by-10-meter square grid for the entire United States,” Husic said. “This required use of supercomputers here at KU, because we did this calculation for about 75 billion locations in the United States.”

Rather than “hoard” the data, the researchers wanted the map, which covers the continental United States, to be freely available to researchers, conservationists, policymakers and students.

“These maps can assist scientists and land managers in their respective domains. An ecologist may want to understand how hillslopes contribute water and nutrients to a river and how that impacts the aquatic ecosystem,” Husic said. “The index of connectivity is a tool that can be used for that purpose. On the other hand, an agricultural land manager may be interested in finding hotspots of soil erosion or deposition, which is also made possible through investigation of our structural connectivity maps.”

The KU researcher said he hoped the digital data gateway could also serve as an educational tool for students working in water science or environmental engineering, for example.

“The math behind the maps isn’t necessarily incredibly complex, but it requires collecting and processing raw data sources as well as implementing many lines of code,” Husic said. “So, we sort of did all that for people. It’ll be convenient for students and other researchers to access the calculated outputs and start working with them right away rather than spending time tracking down all the data sources, writing the code and double-checking that the calculations are correct.”

Mekong Delta will continue to be at risk for severe flooding, study finds

While the new study of structural connectivity compares hillslope responses to historical climate conditions rather than those projected to occur due to human-driven climate change, this insight will provide a better grasp to predicting how an area may respond to more intense weather events predicted in coming decades.

“If we can understand how hillslopes respond to rainfall inputs, we will be better able to predict potential future responses,” he said. “Here in the Midwest, as climate changes, we anticipate similar amounts of total rainfall, but the rainfall will come down during a shorter timeframe, making events more intense. Looking forward into the future, an important consideration is how the increased intensity of events shifts the amount of rainfall that is absorbed by hillslopes versus how much is transmitted to rivers.”