The hidden talents of mosses and lichens 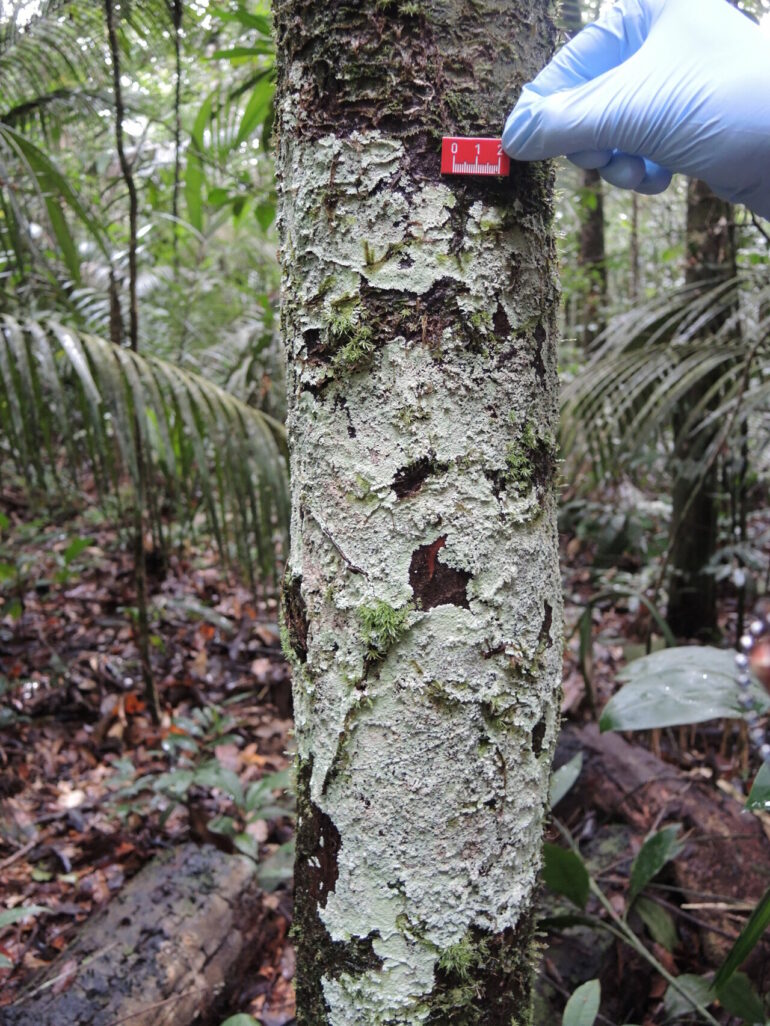 Tropical rainforests are the world’s most significant source of biogenic volatile organic compounds (BVOCs). These compounds have a great influence on the concentration of oxidative substances and thus on the self-purifying power of the atmosphere. They also contribute to particle formation and influence the Earth’s climate through cloud formation and precipitation. Until now, it was assumed that the leaves of the canopy forming trees were the most important source of these emissions. Now, however, scientists from the Max Planck Institute for Chemistry (Mainz), the University of Graz, and the Instituto Nacional de Pesquisas da Amazônia (INPA), among others, have discovered that also mosses and lichens emit large quantities of highly reactive and particle-forming sesquiterpenoids. These influence the atmospheric composition and affect air quality, climate, and ecosystem processes. Until now, mosses and lichens have been ignored in atmospheric and climate models.

Tropical rainforests release various reactive volatile organic compounds into the air. Jonathan Williams, group leader at the Max Planck Institute for Chemistry (MPIC) in Mainz, explains: “We measure volatile organic compounds emitted from the rainforest at different heights on the ATTO tower in order to see what the atmosphere does to these compounds. For example, how they affect ozone or particulate concentrations. Until now, we thought that these compounds were mainly emitted by trees.” But one thing stood out. As Achim Edtbauer, lead author of the recently published study explains: “If you look closely in the rainforest, you can see that much of the area on tree trunks, vines, and—in some cases—leaves is covered by lichens and mosses.” Given this extensive coverage of cryptogams, which include mosses and lichens, the scientists wondered whether lichens and mosses also contribute to the emission of volatile organic compounds in tropical rainforests.

Over a two-year period (November 2016—November 2018), the researchers measured biogenic volatile organic compound (BVOC) emissions from 10 moss and 10 lichen samples. “We set up two small glass cuvettes. In one, we put a sample of a common moss or lichen. We left the other one empty. We pumped air from the jungle through both vessels and analyzed the escaping air with the help of a Proton Transfer Reaction Time of Flight—Mass Spectrometrer” says Achim Edtbauer describing the experimental setup.

The result: Lichens and mosses emit considerable amounts of reactive sesquiterpenoid compounds. These are compounds with 15 carbon atoms (C15) arranged in various configurations. These molecules react rapidly with ozone to form oxygenated compounds and particles in the air. “If you extrapolate the amount of C15 emissions from mosses and lichens, you come up with emission levels similar to those from trees,” says Edtbauer still expressing his amazement.

Extrapolated to the global area of tropical rainforests, lichens and especially mosses contribute substantially to global emissions of sequiterpenoids. “Because lichens and mosses cover large parts of the land surface, they could play an important role in the exchange of natural BVOCs in ecosystems and globally,” says Bettina Weber, an expert in cryptogams and professor at the University of Graz. Despite this potential importance, little is known about the BVOC emissions. According to Weber, studies of BVOC exchange by mosses and lichens were limited to a few boreal and mid-latitude species, which generally released relatively small amounts of BVOCs compared with the trees there. She says that follow-up studies that measure the exchange of BVOCs from mosses and lichens under controlled laboratory conditions are important. This is the only way to find out the effect of temperature, light, and humidity and look for other variables that control the exchange. These emissions could thus be integrated into atmospheric and climate models in order to more accurately represent the effects of drought on rainforests, among other things.

The experiments in the jungle brought another discovery to light. Mosses and lichens absorb oxidized compounds from the air. The speed at which they do this is comparable to the process in which these oxidized molecules are removed from the air through reactions with radicals. Cryptogams thus alter the mixing ratio of chemicals produced by the forest. “It’s interesting that lichens and mosses don’t take up compounds like isoprene that are emitted directly by trees. Instead, they let the emissions from the atmosphere “cook” beforehand so that they only take up oxidized molecules,” says Williams.

Overall, the studies show once again what surprises the rainforest holds for research. And for Williams and his team, it certainly won’t be the last trip to the jungle.

The research was published in Communications Earth & Environment.


Citation:
The hidden talents of mosses and lichens (2021, December 21)