The world’s roots are getting shallower: Study provides the first estimate of global changes 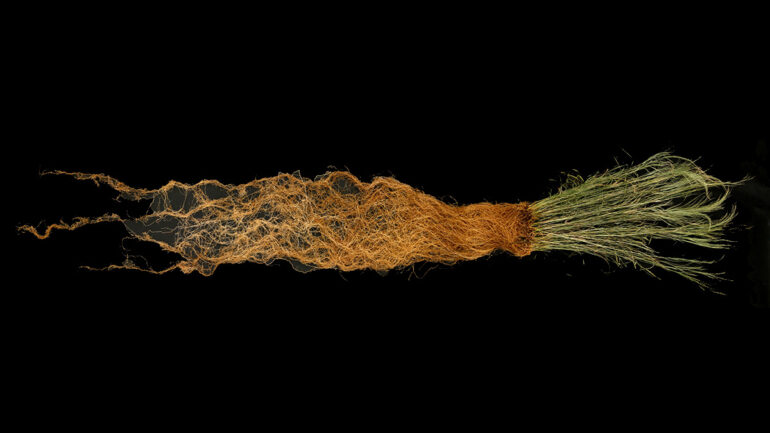 Plant roots act as engineers for Earth’s surface, breaking up bedrock, transporting water and nutrients, and stabilizing landscapes. They’re so important that scientists have hypothesized that their evolution, beginning around 415 million years ago, altered landscapes and the course of Earth’s history.

Emma Hauser and colleagues provide the first estimate of global changes in the volume of rooted soil resulting from human-driven land use. They examined changes in many types of environments but focused on the balance between two in particular: agricultural land, where row crop roots are shallower than those of native grasses, and forests, where woody plant roots typically reach deep into the soil. Agricultural land is expanding greatly as a direct result of human efforts. Meanwhile, forests are expanding in some places, especially in high-latitude boreal environments, as atmospheric carbon dioxide levels and associated warming increase.

The researchers used root depth data from two newly updated ecological databases, along with knowledge of past and present land cover types, to calculate average rooting depths for different ecosystems globally in the past, present, and future.

They found that rooting depths—considered the depth above which 99% of an ecosystem’s root biomass exists—are about 8 centimeters (or 5% of soil depth) shallower on average than they would be without human alteration. That loss equates to roughly 11.6 million cubic meters of rooted soil. The study predicts, on the basis of Intergovernmental Panel on Climate Change projections of continuing land use change under a high-emissions scenario, that the volume of loss could be as high as 43.5 million cubic meters of rooted soil by 2100, with a global shallowing of about 30 centimeters. Shrublands in North Africa, the Middle East, Asia, and Australia are likely to experience the most shallowing as they transition to herbaceous grasslands or agricultural and pastoral areas.

“The volume loss is especially striking to me,” said Emma Hauser, who led the study. “That represents a lot of belowground space that is no longer performing the same kind of carbon and water storage processes as it was previously.”

There are “myriad feasible consequences” of shallower global rooting depths, the authors write, including slower or less soil formation and decreased nutrient availability. Understanding the extent of potential impacts, they say, will require further study.

Citation:
The world’s roots are getting shallower: Study provides the first estimate of global changes (2022, November 17)