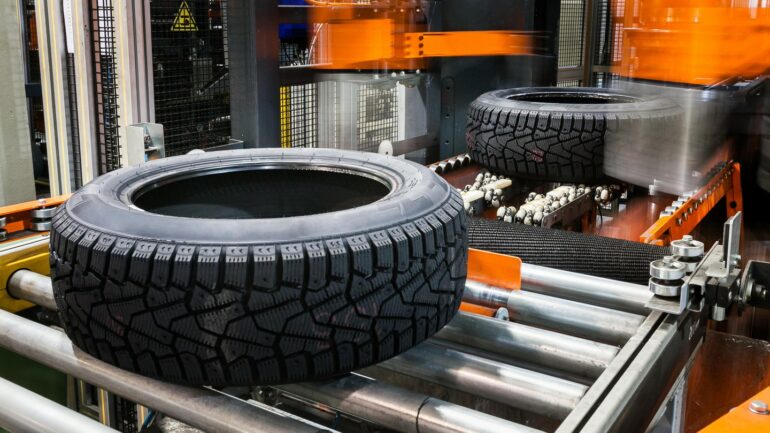 In Switzerland, tire and road wear particles are one of the biggest sources of microplastics released into the environment, yet the chemical compounds contained in those particles—and their effects—remain largely a mystery. To remedy that knowledge gap, scientists at EPFL and two other Swiss research institutes are conducting a study of the toxicity of tire-particle compounds and how readily they’re absorbed by living organisms. The first phase of the study has just been completed.

The study, which kicked off in April 2020, is being sponsored by a consortium of leading tire manufacturers. The two other research institutes working with EPFL are the Swiss Centre for Applied Ecotoxicology (Ecotox Centre), which is coordinating the project, and the Swiss Federal Institute of Aquatic Science and Technology (Eawag). The first phase concluded with two papers published in Environmental Science & Technology (in late November 2021 and late October 2022). Thibault Masset, a postdoc at CEL, is the lead author of both papers. These articles look specifically at the solubilization and bioaccessibility of tire-particle compounds in the digestive systems of rainbow trout.

To conduct their research, the scientists used an innovative in vitro approach based on simulated gastric and intestinal fluids. They analyzed eleven compounds and found that the solubilization rate in gastrointestinal fluids ranges from 0.06% to 44.1%, and that this rate can vary depending on whether food is coingested.

One particular compound they studied was 6PPD-quinone (6PPD-Q), which is a toxic byproduct of the oxidation of 6PPD—an antioxidant used widely in the tire industry. If tire particles containing 6PPD-Q are ingested alongside amphipods, the compound solubilized in the fish gut will be increased. However, coingestion has the opposite effect with other chemical compounds. Additional experiments are under way to evaluate the toxicity of many other tire-particle substances.

“These compounds are more complicated than standard polymers like polystyrene and PET—and there are probably hundreds of them,” says Florian Breider, the head of EPFL’s Central Environmental Laboratory (CEL) and the corresponding author of the two papers.

Byproducts and how they age

The ultimate goal of the study is to determine the bioaccessibility, bioaccumulation and toxicity of tire-particle compounds and related additives. With phase 1 now completed, the scientists will begin phase 2, which will involve examining how the compounds are passed up the food chain—for instance, from insect larva to rainbow trout.

The scientists also plan to examine the byproducts of tire-particle compounds and how the compounds decompose over time. 6PPD-Q is one example, formed when 6PPD (added to the rubber mixture when tires are made) comes into contact with ambient O2 and O3. According to a 2021 study appearing in Science, 6PPD-Q was behind acute salmon mortality events in Seattle’s Elliott Bay. “Tire manufacturers need to take a more holistic view of their products and consider the unstable nature of some of the chemicals they use,” says Breider. “These chemicals can decompose and form unintended byproducts, which are sometimes toxic.”

A Swiss federal report on plastics in the environment, published on September 23, 2022, found that tire and road wear is one of the leading causes of microplastic pollution in the country. The resulting particles are made up of 60% rubber, 30% soot and 10% heavy metals. Over 13,500 metric tons of these particles are generated in Switzerland every year, and some 8,900 metric tons of that amount are released into our air, soil and water.

An EPFL study published in TrAC Trends in Analytical Chemistry in 2018 showed that tire and road wear was estimated to represent up to 61% of microplastics entering Lake Geneva. Scientists don’t yet have a firm grasp of all the chemical compounds contained in these particles, nor of what the consequences may be.

Southern Ocean takes on the heat of climate change