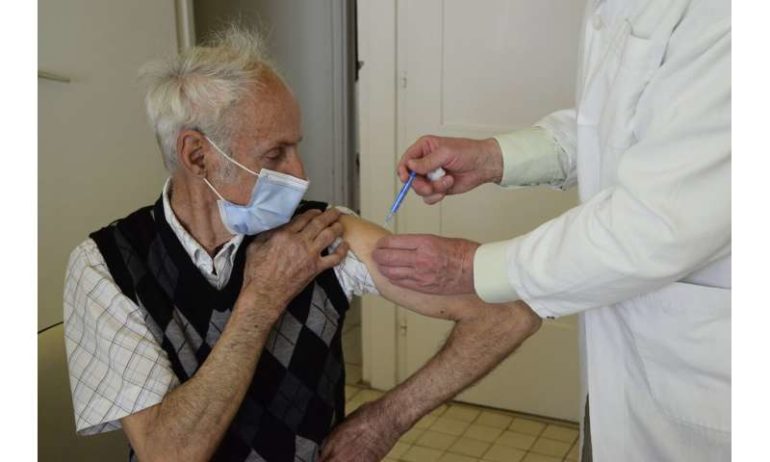 A new study suggests that a Sinopharm vaccine offers poor protection from COVID-19 among the elderly, raising questions for dozens of countries that have given the Chinese company’s shots to their most vulnerable populations.

A survey of blood samples taken from 450 people in Hungary at least two weeks after their second Sinopharm dose found that 90% under 50 years old developed protective antibodies. But the percentage declined with age, and 50% of those over 80 had none.

The study by two Hungarian researchers was posted online this week but not yet reviewed by other scientists. Three outside experts said they had no problems with the methodology of the study of the vaccine developed by Sinopharm’s Beijing Institute of Biological Products.

“This is very, very worrying that these people, who are high-risk, have a poor antibody response,” said Jin Dong-yan, a Hong Kong University virologist who was not affiliated with the study.

Antibody levels are not a direct measure of how protected a person is from COVID-19, but there is growing evidence that they are a good proxy. One expert cautioned that the choice of test kits could have limited the accuracy of the measurements.

Still, the study’s findings have value and are the first public, scientific attempt to analyze the effect of the Sinopharm vaccine in the elderly, said Wang Chenguang, a former professor at Peking Union Medical College and an immunology expert.

China’s National Health Commission declined to comment on the study, saying it would only respond to studies by governments or major research institutions.

This is not the first time questions have been raised about the efficacy of the vaccine, which was given a greenlight by the World Health Organization in May and is being used in more than 50 countries, many of which seized upon it when other vaccines were tough to come by.

A spokesperson for the WHO said Wednesday that its experts “are aware of the study and continue to look at all available evidence.” The agency’s advisers raised questions months ago about whether it provided protection in people 60 and over, but when it was OK’d a WHO expert said that there was no reason to think it would work differently in the elderly.

The vaccine is one of two similar shots developed by Sinopharm. The state-owned Chinese company’s research showed that almost all the participants in final-stage clinical trials were under 60—and its own researchers said there was insufficient evidence to say whether the vaccines work in the elderly. Overall, the Beijing Institute vaccine was found to be 78% effective.

In Hungary, concern about the shots led many to seek out private antibody tests. Eventually the capital city of Budapest offered free testing to elderly residents as part a bid to ratchet up pressure on the government to conduct its own wider survey and provide booster shots to those who need them.

After initially rebuffing calls for a government response to efficacy concerns—including from the antibody study’s authors Balazs Sarkadi and Tamas Ferenci—Prime Minster Viktor Orban finally acquiesced last week in the face of growing public anger. He announced that the government would provide its citizens with an optional third shot.

His office said, though, that all vaccines authorized by Hungary are effective.

The United Arab Emirates and Bahrain both announced in May that they, too, would offer a third dose of Sinopharm amid concerns about an insufficient antibody response. Bahrain recommended that people over 50 and some other vulnerable people receive Pfizer-BioNTech’s vaccine as their booster regardless of whether they got Sinopharm initially.

CNBG, the Sinopharm subsidiary that oversees the Beijing Institute, has said a third dose is not part of the company’s clinical guidance.

It’s not clear how many doses of the Beijing Institute Sinopharm vaccine have been exported. Overall, China exported 500 million vaccines doses in the first half of the year, and the company is one of country’s two major COVID vaccine makers, along with privately owned Sinovac.

The Global Alliance for Vaccines and Immunization recently ordered 550 million doses from the two companies for the U.N.-backed COVAX program.

Both Sinopharm vaccines are also in wide use in China, including in the elderly. The country’s National Health Commission said in April that the shots provide some protection, even though it acknowledged that early stages of clinical trials of Sinopharm’s vaccines and two others found fewer antibodies in people 60 and over.

In Budapest, Beata Englohner became concerned for her 76-year-old mother after hearing that people who had been vaccinated with Sinopharm were shown to have no antibodies.

Englohner started a Facebook group to press the government to address the issue. She is cautiously optimistic now that Hungary will offer a third dose.

“We’re very glad that we achieved our aim and that we were heard,” she said. “Though we’re a bit afraid that we’ll receive what we already got before.”