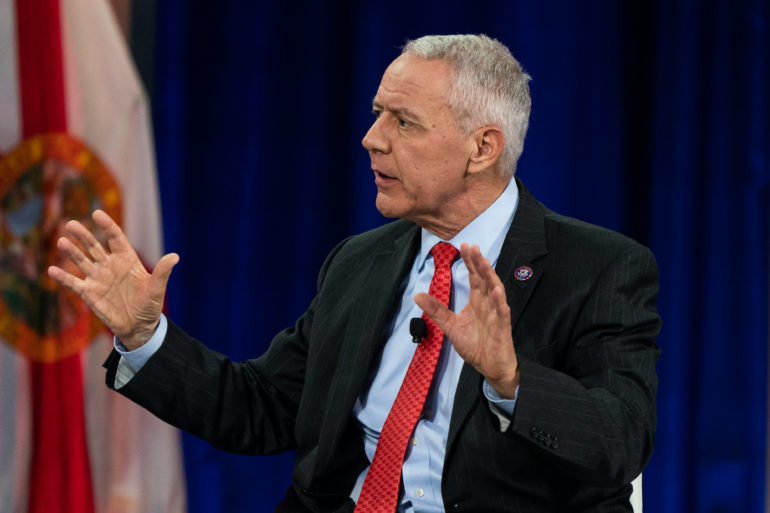 The top Republican on the House Judiciary subcommittee on antitrust is leading six of his peers in swearing off campaign donations from Amazon, Apple, Facebook, Google and Twitter.

Rep. Ken Buck, R-Colo., the subcommittee’s ranking member, announced Wednesday the “Pledge for America,” urging his peers to follow his earlier commitment to refuse Big Tech money. Those who sign pledge not to accept donations from companies who violate their convictions in “the free market and the free exchange of ideas.”

“The threat posed by these monopolies is a real and present danger to conservatives, libertarians and anyone who does not agree with these corporations’ ultra-liberal points-of-view,” the pledge says.

The move is at least partially symbolic, given that several of the firms have already paused donations from their political action committees as several companies opted to do after the insurrection at the U.S. Capitol on Jan. 6. Amazon and Google both paused contributions from their PACs to members who voted against certification of the election results affirming President Joe Biden’s victory. That would include several of the signatories: Biggs, Bishop, Norman, Owens and Steube.

Facebook has paused all donations from its PAC. Apple does not have a PAC and Twitter closed its PAC in November after lying dormant for years.

Still, the pledge limits donations from not just the companies and their PACs, but also from executives who work for them. It’s the latest signal that conservatives are serious about cracking down on what they believe to be issues with the tech platforms, including allegedly censoring their viewpoints and monopolizing internet markets.

Buck has been a close ally of antitrust subcommittee Chairman David Cicilline, D-R.I. Though the two have differed slightly in the extent of the remedies they believe are necessary to reinvigorate competition into digital markets, they have remained closely aligned on the root of the harms by the platforms through the subcommittee’s investigation of Amazon, Apple, Facebook and Google. Both have expressed a commitment to working on a bipartisan basis to introduce new laws to reform antitrust enforcement.

The companies named in the pledge declined to comment or did not immediately respond.

WATCH: How US antitrust law works, and what it means for Big Tech