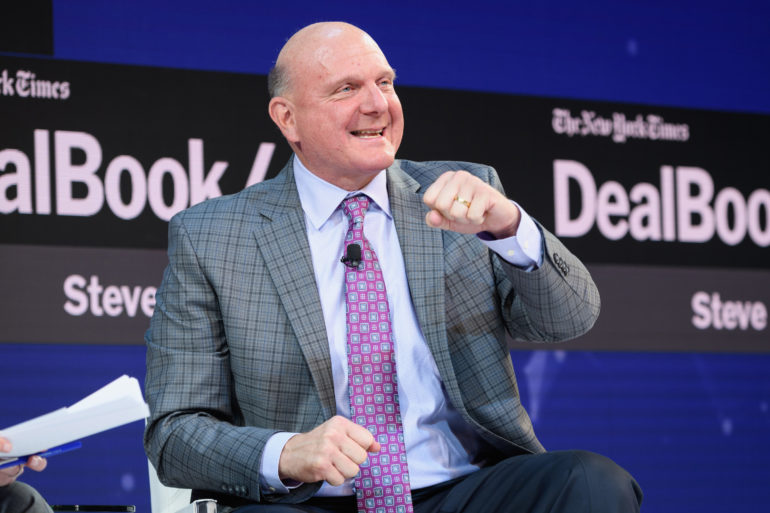 Ballmer, who led Microsoft through an antitrust lawsuit in the early 2000s, also made some recommendations to those companies.

“If I’m in these guys’ shoes, I say, come on, let’s get down there and let’s regulate me and let’s get it over with so I know what I can do,” Ballmer said in a “Squawk Box” interview.

On Tuesday, the Democratic majority on the House Judiciary subcommittee on antitrust said the four tech titans need to be reined in by Congress and enforcers.

“I’ll bet money that they will not be broken up,” Ballmer told CNBC.

“I also don’t think the case of Apple is the same as Google is the same as Amazon,” Ballmer added. “In a sense putting them all together makes good theater but it doesn’t necessarily mean good policy.”

Referring to Microsoft’s antitrust legal challenges over 20 years ago, Ballmer said, “Certainly what I learned as we were going through our antitrust issues in the early 2000s is that you can do things that seem 100% consistent with the law all along the way, but then if you wind up with a position that somebody deems a monopoly, life gets kind of crazy.”

“I would certainly recommend to all these tech companies to engage on the issues now, to engage with the regulators now,” Ballmer added. “I do not think they can just take unilateral action and expect it to satisfy whatever it is some regulator or congressman will decide they should have done. The key is to engage.”

A judge ruled in 2000 that Microsoft violated antitrust laws by attempting to monopolize the web browser market by bundling Internet Explorer with Windows. The Justice Department said that gave Microsoft’s browser an advantage over competitors such as Netscape Navigator and Opera. Microsoft appealed that ruling and settled with the DOJ in 2001.

Though Ballmer said he was willing to “bet money” Big Tech won’t be broken up, he said, “That doesn’t mean, as in our case, somebody won’t order them broken up before that gets pulled back” — referring to how Microsoft was ordered to split in half before it successfully settled with the Department of Justice.

The House subcommittee looked into whether Facebook bought Instagram to eliminate a competitor as part of a larger concern over anti-competitive “killer acquisitions.”  Said Ballmer: “Will acquisitions be looked at differently? Yeah, I believe that may happen.”

“But really forced to spin things out? As I read the concerns — just me as a non-antitrust lawyer reader — I read the concerns and I don’t even think this notion of breaking them up answers most of the questions that people are raising, or many of the complaints they’re raising,” said Ballmer.