Prime Minister declares Australians should be in charge, not tech giants 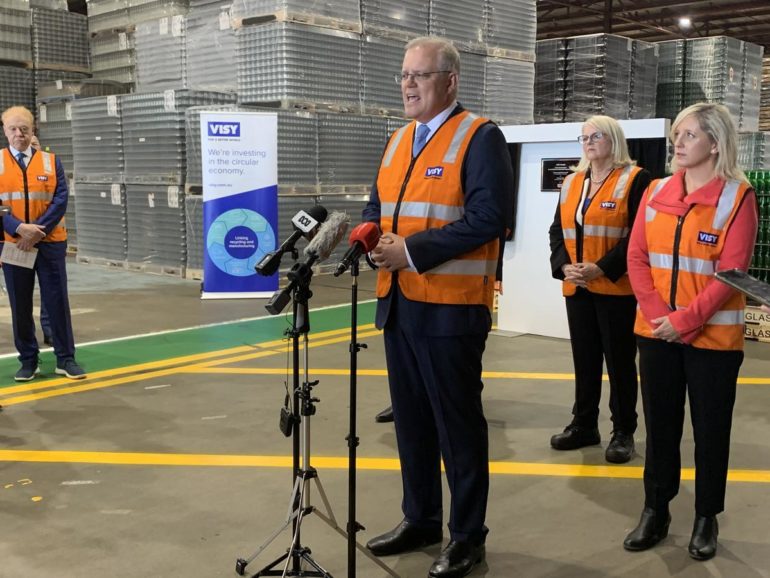 Prime Minister Scott Morrison has said that although global tech giants are changing the world, his government and many others globally cannot let them run it.

“People in free societies like Australia who go to ballot boxes, and go and they vote — that’s who should run the world, the people and citizens of the nations of the world, not big global tech giants,” he told ZDNet.

“They produce amazing technology that does amazing things … and it’s exciting, but at the end of the day, all of these things must be accountable to sovereign elected governments.

“Which means at the end of the day, Australians should be in charge.”

The prime minister was asked if he considered Facebook restoring Australian news to its platform and Google, as well as Facebook, striking deals with media organisations outside of the now-passed News Media and Digital Platforms Mandatory Bargaining Code a win for the government.

“The code was critical to ensuring that the arrangements that are now being struck between the global tech giants and those media companies [is] so Australians can have a free media — that was essential for that,” he said.

According to Morrison, Australia, under his leadership, would “always stand up for itself”.

Salesforce and Slack: A vision of collaborative sales, service with a dash of Microsoft defense

In AIApps and WebComputer science
on 28 November 20204 min read

“We have a great and strong belief in Australia’s sovereignty and where we think that is being compromised or under challenge then I can assure you, my government will always step up,” he added.

“Now in this case, and it’s been an issue we’ve been involved in for some time, whether it’s getting them to pay more tax, their fair share of tax; whether its ensuring that the rules that exist in the digital world are as strong as those that exist in the physical world — and that’s everything from eSafety, ensuring our vulnerable Australians, particularly children are not exposed to violent sexual content, ensuring terrorist incitement content is dealt with — we have led the charge on all of these issues.”

Morrison told ZDNet he continues to expect the rules in the physical world are replicated in the digital world.