Fortnite skins May 2021: all the skins confirmed and rumored and how to get them 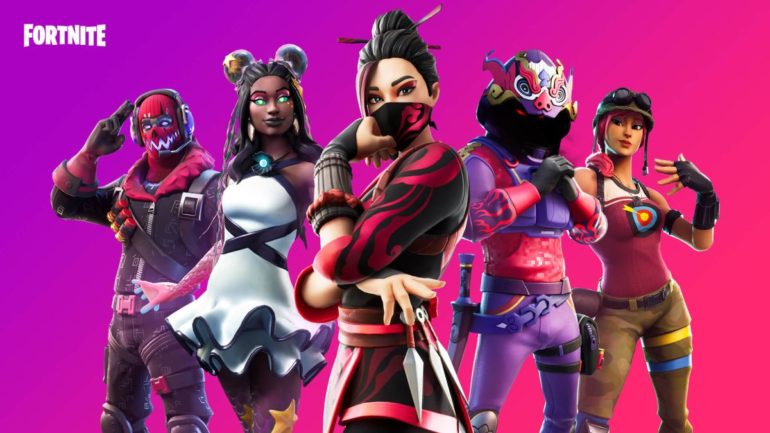 If you’re an avid Fortnite player, then you probably want to know which Fortnite skins you’ll be getting your hands on in May 2021. After all, who says you can’t be deadly and fashionable? Fortunately, Epic Games is constantly adding new skins to Fortnite Battle Royale, be it a collaboration with a pop-culture brand or one of its own characters.

Fortnite Season 6 is well underway now and it continues to be as hectic as Season 4 and Season 5 of Chapter 2. The Battle Pass included multiple collaborations, and more are continuing to appear in-game.

We’ve rounded up every Fortnite skin we expect to land in the battle royale in May 2021, including both skins confirmed by Epic Games and those which are rumored – but don’t worry, we’ve clearly signposted which are which. So, read on for all the Fortnite skins we expect in the near future.

Continuing its crazy metaverse collaborations, Fortnite has invited its first character from the Mistborn book series. You can now head to the Item Shop to pick up the Kelsier Fortnite skin for 1,600 V-Bucks.

This is a weirder one for a collaboration, but book fans should be happy to see Fortnite expanding its character roster into different media. Hopefully, we’ll see even more characters from our favorite novels soon (Geralt and Legolas are near the top of our list).

It isn’t just Batman and other heroes appearing in the Fortnite / Batman crossover, the villain Deathstroke will be getting his own Fortnite skin soon – and you can win this one in a competition.

Unlike other recent cups, this will be a Solo game meaning you won’t need any friends to take part (though you’ll have to rely entirely on your own skills). It takes place on May 27, and you can find out more about the Deathstroke Zero Cup on Fortnite’s official website.

The Deathstroke skin will be coming to the Item Shop at a later date. Additionally, Batman/Fortnite Zero Point Issue 4 will contain a code for Deathstroke’s glider if you want to kit your favorite mercenary out with matching cosmetics.

To celebrate the Epic Mega Sale this year, Epic Games is giving Fortnite players a free skin, pickaxe, glider, and backbling bundle. You’ll have to work for them though.

Right now and until 11 AM ET (3 PM GMT) on June 17, you can unlock the free challenge pack bundle through the Item Shop on PC. Just log into Fortnite through the Epic Games Store and you should see the Street Shadows pack there waiting for you.

Once you’ve bought it you’ll then have to complete some simple challenges – like playing games with a friend and outlasting opponents. If you don’t want to waste your time completing challenges (or aren’t able to play on PC) you should be able to buy the items with V-Bucks at a later date.

After documents from the Epic Games vs Apple court battle suggested an NBA collaboration was on the way, basketball fans’ dreams are finally coming true. Joining the soccer and NFL Fortnite skins already in the game, players will be able to don the jerseys of their favorite NBA teams.

The long-rumored Catwoman Zero skin is finally in Fortnite. Alongside Batman Zero and Rebirth Harley Quinn, this is the third crossover skin to appear in-game to tie in with the ongoing Fortnite / Batman crossover.

Unlike the other two skins so far, there doesn’t appear to be a way to get Catwoman Zero for free (read below for details). However, you can get Catwoman’s new pickaxe by redeeming the code included in issue three of the series – either by purchasing the comic book physically or through DC Universe Infinite. If you do unlock the pickaxe you’ll get a discount on the Catwoman bundle.

The Fortnite / Batman crossover has officially begun with the release of the first three of six fortnightly comics. The six-issue miniseries has thrust the World’s Greatest Detective onto the Fortnite Island, though he has no memories of who he is or how he got there.

Even if you aren’t interested in lore there’s still a good reason to pick up these comics: in-game cosmetics. The first issue included a code for the Rebirth Harley Quinn skin, with Batman’s glider and Catwoman’s pickaxe being available in issues two and three respectively.

If you input the code from all six comic books you’ll receive an additional bonus: the Batman Zero Fortnite skin – or you can buy him now in the Item Shop for 1,500 V-Bucks if you don’t want to wait.

His design appears to be based on how the character looks in issue two of the mini-series. You can buy the comics physically, or you can subscribe to DC Universe Infinite (only available in the US or by using a VPN). If you use DC Universe Infinite, after reading a comic a code should be emailed to you for each item.

The Fortnite Crew pack for June 2021 has been revealed, and it includes quite a few goodies. Not only will you get the new Mecha Cuddle Master skin, but you’ll also get a matching pickaxe and a Spotify Premium subscription.

As of right now, only the “Fixer” Skin & “Reckoning” backbling is confirmed to be in the next upcoming Playstation Plus pack pic.twitter.com/SqAVNnv1uDMay 25, 2021

He’s another leaked Fortnite skin just for you PlayStation players out there, as it looks like the Fixer could be the PS Plus exclusive skin.

We don’t have too many details right now, but we might see several skin packs drop in Season 7 (the upcoming Fortnite Season) including this one just for PlayStation Plus subscribers.

As we learn more, and as info becomes more concrete, we’ll be sure to update this page with everything you need to know.

@GenosPapa Dual reveal of Samus in Fortnite, and Jonesy in Smash at E3? LET’S GOOOOO! pic.twitter.com/gAxb84xFZ7May 19, 2021

In Fortnite Chapter 2 Season 5 many fans were calling for Nintendo to be represented by an in-game skin after both Xbox and PlayStation got their mascots in the Battle Royale. The obvious choice was bounty hunter Samus from the Metroid series – but she never showed up.

Leaked documents shared on Twitter from the Epic Games vs Apple court battle indicate that Samus is/was planned to appear in the game (alongside multiple other characters like Naruto and Ariana Grande). The above panel from issue three of the Batman Zero Point series adds to the speculation that the character could still be coming after fans spotted a silhouette that looks a lot like Samus.

Take this rumor with an unhealthy amount of salt, but it could mean that Samus might soon arrive as a Fortnite skin.

Here are ALL the skins from Epic’s Survey, again thanks to @LeakySussed! pic.twitter.com/H8RNZlQjOOMay 14, 2021

Here’s a leak to take with an extra pinch of salt: multiple Fortnite leakers on Twitter have shared images from a recent Epic survey showing off several new skin designs. In it the company detailed potential Fortnite skins and included images of ones we might eventually see added to the game.

You can see all of the in the tweet above but some of our favorites are Cartoon Bushranger, a Vampire Drift, and Guff dressed as a Christmas tree. We have no clue if any of these skins will ever be added to the game, but be on the lookout in future seasons.

The Foundation – Leader of the Seven

The Foundation, a character that appeared in the epic Fortnite Season 5 event, is rumored to be becoming a Fortnite skin at some point in the future. It’s likely we won’t see him until Season 7 – as he’s currently sealed within the Zero Point – but we’ll have to wait and see what happens.

Leaker Hypex found files related to the skin in-game so he could be on the way sooner than that, but we’ll just have to wait and see what happens.