How is snowfall measured? A meteorologist explains how volunteers tally up winter storms 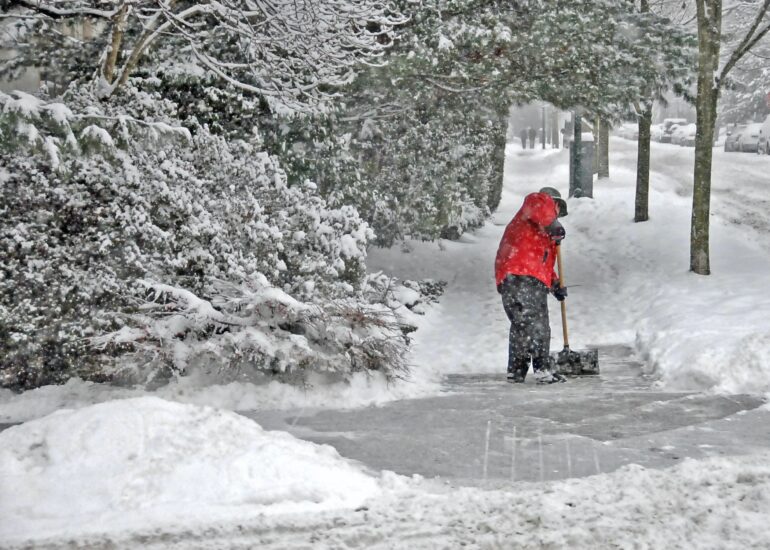 Impressive numbers, for sure, but assuming you have a measuring stick long enough to reach the ground beneath all the white, how hard can it be to measure? You stick a ruler or yardstick into the snow and get a number, right? Well, not so fast. It’s a little more complicated than you might think to get those oh-so-important snow totals for winter storms.

Since 1890, the U.S. National Weather Service has relied on a network of volunteer observers, all strictly adhering to the NWS guidelines, to come up with snow measurement numbers over a region. There are over 8,700 cooperative observers across the country who send in their weather data to the NWS daily, some who have done it for over 75 years!

Snow measurement is inherently inexact, but attending to one’s surroundings and sticking to the guidelines help those of us who do it on a regular basis stay consistent – and with long-term weather records, consistency is arguably just as important as accuracy.

First, you need to understand the difference between snow depth and snowfall.

How is snow depth measured?

Snow depth should be a measure of the average depth in a given location and its immediate surroundings. It’s usually rounded to the nearest whole number. To get a representative number, you need a site with minimal drifting (not always easy to find), and several measurements should be averaged to get a final number. I like 10 because it makes the math easy.

Careful measurement is vital in order to make reasonable estimates for the amount of liquid contained in the snowpack. As hard as it is to believe at times, the snow will eventually melt, and rapid melting could cause problems with flooding. Also, hydrologists’ models that are used to predict water levels critically depend upon good initial data collection, though improved satellite data has helped reduce their reliance on any individual measurement.

You’re muted… or are you? Videoconferencing apps may listen even when mic is off

Snow depth is like the sum of individual snowfalls, if one assumes no sublimation – snow turning into water vapor – or melting from the first snowfall until now. That assumption would almost always be wrong, of course. But if you suspend reality for a moment, the depth will still never exceed the sum of all snowfalls because snow is compressible. So, two 10.5-inch (27-centimeter) snowfalls may accumulate to a depth of only 17 inches (43 cm).

It’s the compressibility of snow that causes the greatest consternation with snowfall measurement.