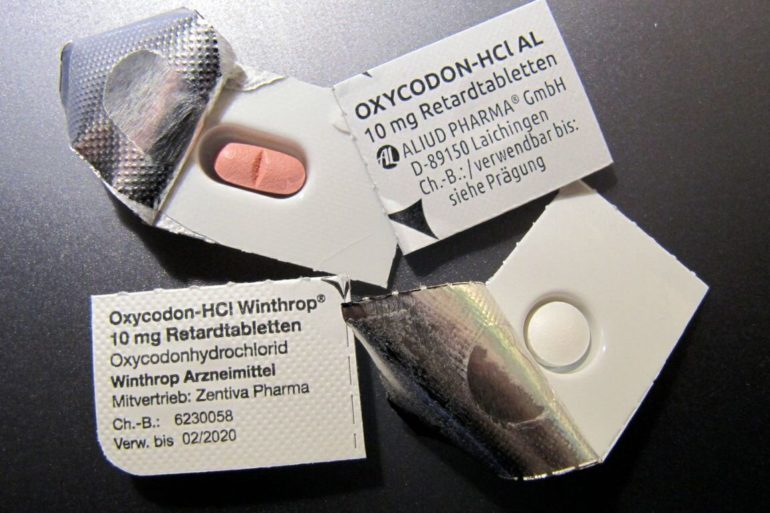 If you’re poor and terminally ill in southern Mexico, there’s far less chance you’ll get the painkillers you need for palliative care than your cousins in more prosperous regions, particularly those pharmacy-rich areas along Mexico-U.S. border, say UCLA researchers and colleagues who studied opioid dispensing levels across the country.

What’s more, the researchers’ paper in the journal The Lancet Public Health suggests it’s likely that some of the opioids intended for Mexican citizens are ending up in American pockets.

Despite a Mexican government initiative launched in 2015 to improve access to prescription opioids among palliative care patients, the country has seen only a marginal increase in dispensing levels, and inequities in dispensing have left many of the nation’s poorest residents without comfort in their final days, said lead author Dr. David Goodman-Meza, an assistant professor of medicine in the infectious diseases division at the David Geffen School of Medicine at UCLA.

“People in the poorest areas of Mexico are dying in pain,” Goodman-Meza said. “A lot of work needs to be done to increase access to opioids for those who have a medical need for them in Mexico.”

The researchers analyzed data on prescription drug dispensing from August 2015 to October 2019 for all 32 Mexican states and six large metropolitan areas. They compared opioid prescribing levels against the expected need for the drugs based on the burden of disease in each state.

While they found that opioid dispensing had increased overall by an average of 13% per quarter over that period, they also discovered that dispensing levels were nearly 10 times higher in states whose populations had the highest socioeconomic status than in those with the lowest. In addition, higher socioeconomic status was also associated with increased opioid dispensing within individual neighborhoods in the six metropolitan areas.

Baja California, Nuevo Leon and Sonora all border the U.S., while Mexico City is its own state and sits between Mexico state and Tlaxacala in central Mexico.

The researchers note that large referral hospitals, where advanced-stage diseases are treated, tend to be concentrated in Mexico’s larger, more prosperous cities and states. In addition, the high cost of the medications may put them out of reach for poorer populations, disincentivizing pharmacies in poorer areas from carrying them.

The researchers also say that many pharmacies’ close proximity to entry ports along the northern border may make it easier for people in the U.S. to cross over and obtain these drugs, putting a strain on U.S. efforts to curb its opioid epidemic. Though the researchers did not focus on this and do not have cross-border purchase data, they note in the paper that these potential pathways into the U.S. bear monitoring.

“As the U.S. has tried to curb the epidemic related to prescription opioids by instituting structural mechanisms such as closing ‘pill mills’ and instituting prescription drug monitoring programs, individuals may be getting around them by going to Mexico to get opioids,” Goodman-Meza said. “Continued surveillance at border crossings is necessary to avoid unmonitored entry of opioids into the U.S.”

The study findings are limited by several other factors, among them a lack of patient- or provider-level data, the fact that the researchers did not analyze differences between the many medical systems providing care and the possibility that some institutions did not submit data to the Mexican government.