Microbes in the gut could be protective against hazardous radiation exposure 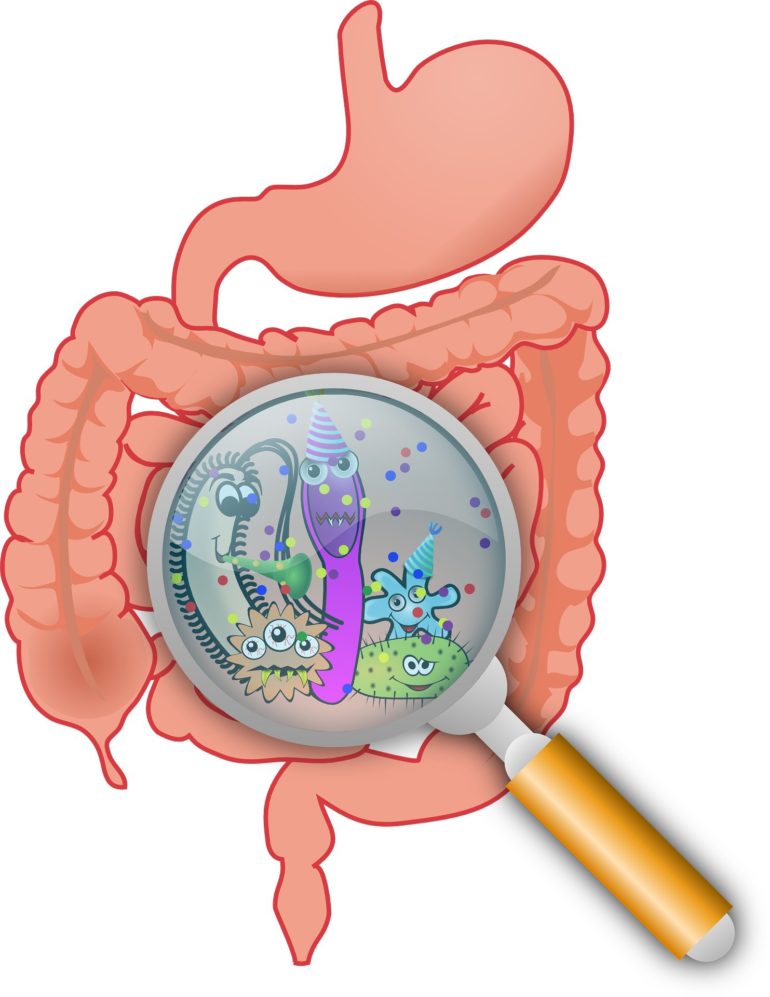 A new study by scientists at UNC Lineberger Comprehensive Cancer Center and colleagues published Oct. 30, 2020, in Science, showed that mice exposed to potentially lethal levels of total body radiation were protected from radiation damage if they had specific types of bacteria in their gut. Radiation absorbed in a clinical setting or during an accidental exposure can cause damage to tissues. In this study, the bacteria mitigated radiation exposure and enhanced the recovery of blood cell production as well as repair of the gastrointestinal (GI) tract.

The researchers noted that only an ‘elite’ set of mice had a high abundance of two types of bacteria, Lachnospiraceae and Enterococcaceae, in their guts that strongly countered the effects of the intense radiation. Importantly for humans, these two types of bacteria were found to be abundant in leukemia patients with mild GI symptoms who underwent radiotherapy.

The study showed that the presence of the two bacteria led to an increased production of small molecules known as propionate and tryptophan. These metabolites provided long-term protection from radiation, lessened damage to bone marrow stem cell production, mitigated the development of severe gastrointestinal problems and reduced damage to DNA. Both metabolites can be purchased in some countries as health supplements but there is currently no evidence that the supplements could aid people exposed to intense forms of radiation.

Damage to bodily organs from high levels of radiation, either from accidental exposure, cancer radiotherapy, targeted radiation attacks, among other forms of exposure, can lead to serious illness and even death. Blood cells in the body as well as tissues in the GI tract renew quickly and therefore remain particularly susceptible to radiation damage. On the protective side, however, the GI tract hosts over 10 trillion microbial microorganisms that could play an important role in limiting radiation-induced damage.

“Substantial federal efforts have been made to mitigate acute radiation symptoms—however, it remains a long-standing and unresolved problem,” said first study author Hao Guo, Ph.D., a postdoctoral fellow in Ting’s lab. “Our work produced a comprehensive dataset of bacteria and metabolites that can serve as a powerful resource to identify actionable therapeutic targets in future microbiome studies.”

Because radiotherapy that is widely used to treat cancer often leads to GI side-effects, the investigators wanted to understand how their experiments in mice could translate to people. They worked with colleagues at Duke University, Memorial Sloan Kettering and Weill Cornell Medical College, and studied fecal samples from 21 leukemia patients due to receive radiation therapy as part of an arduous stem cell transplant conditioning. The scientists found that patients with shorter periods of diarrhea had significantly higher abundances of Lachnospiraceae and Enterococcaceae than patients with longer periods of diarrhea. These findings correlated closely with the researcher’s findings in mice although Ting cautions that much larger studies are needed to verify these conclusions.

Importantly for potential human use, in mice that were supplemented with Lachnospiraceae, the benefits of cancer radiotherapy were not lessened.

“Granulocyte-colony stimulating factor is the only drug that has been approved by the FDA as an effective countermeasure for high-dose radiation exposure, but it is expensive and has potential adverse side-effects,” said Ting. “However, bacteria that we can cultivate, and especially metabolites that are relatively inexpensive and already elements in the food we eat, may be a good alternative.”

The researchers are hoping to launch a clinical trial soon in people to test the benefits of giving these metabolites to patients receiving radiation.


Citation:
Microbes in the gut could be protective against hazardous radiation exposure (2020, October 30)
retrieved 1 November 2020
from https://medicalxpress.com/news/2020-10-microbes-gut-hazardous-exposure.html