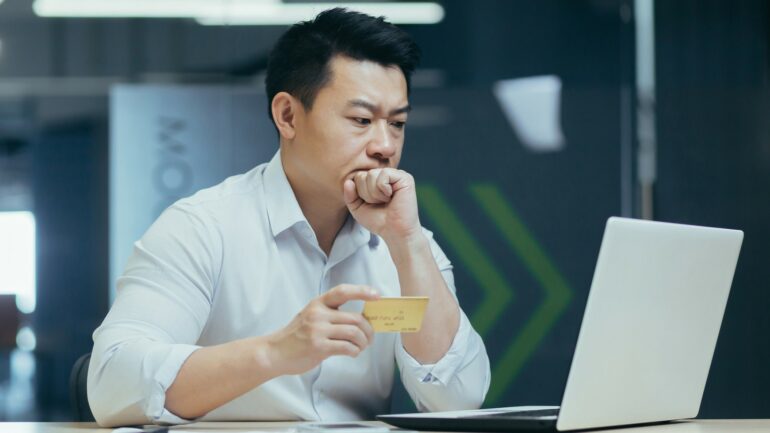 A first-of-its-kind study led by Associate Professor Jia Lile from the Department of Psychology at the National University of Singapore (NUS) Faculty of Arts and Social Sciences found that extreme debtors have a low capacity to regulate their behavior but hold an illusory perception of high capacity, which may expose them to further debt accumulation.

The study, conducted in collaboration with the Singapore University of Social Sciences (SUSS) and with the support of Credit Counseling Singapore (CCS), used a combination of a self-reporting questionnaire and behavioral measures to compare the profiles of extreme debtors (defined as those who owed credit card debts that amounted to 12 times or more of their monthly income) with two control groups.

Assoc Prof Jia said, “There is an urgency to identify and measure risk factors behind the global debt crisis which has been exacerbated by the COVID-19 pandemic. Past studies have focused on variations in debt among the general population, but there has been little research into how those who suffer from extreme and prolonged debt view their own self-control ability and how this affects their behavior until now. The use of behavioral measures in our study also allowed us to identify potential distortion in responses from self-reporting questionnaires as a result of the respondents’ mental construal which creates a biasness in how they respond.”

The results of the study were published in Journal of Personality in May this year.

Data on both control groups were collected in two waves.

An exploratory analysis comparing BSCS test results of extreme debtors with those of control groups in Wave 1 corroborated the notion of inflated assessment of self-control among extreme debtors, who reported the highest self-control capacity when they ought to have the lowest.

A confirmatory analysis was conducted comparing the three test results of extreme debtors with those of control groups in Wave 2. Replicating the BSCS results from Wave 1, extreme debtors reported the highest level of self-control capacity. However, they demonstrated the lowest self-control capacity compared to the control groups on EI gap and flanker performance, which was congruent with the theoretical proportional relationship between self-control and personal debt.

Assoc Prof Jia said, “Our study found that extreme debtors across demographics reported a surprisingly high level of self-control while performing poorly on objective measures of their self-control capacity. We were also able to show that this effect was unlikely due to debtors’ desire to present themselves well in front of the researcher or due to any specific reasons of debt accumulation. The combination of low self-control capacity and poor recognition is perilous as debtors may place themselves in temptation-rich environments, such as convenient online shopping platforms, believing that they can suppress impulsive purchases when they actually can’t.”

“Personal debt is an evergreen problem, despite consumer finance regulation and education efforts. While many financial education programs stress the importance of knowledge, planning, and self-control, we show that people often do not understand that their self-control capacity is relatively poor. This exposes them to the risk of severe debt accumulation, which in turn, has been shown in other research to further harm self-control capacity. Early intervention to support people’s capacity to improve self-control is vital to stop the cycle of debt,” added Assoc. Prof. Theseira.

The findings from the study have important implications for policymakers and other relevant support organizations in designing intervention programs to help debtors improve self-control behavior.

1,500 endangered languages at high risk of being lost this century

CCS Chairman, Mr. Ang Hao Yao, said, “The insights of the study can help CCS to further improve our counseling and support to the debtors, to help build awareness of their self-control capacity, which could help them to better keep up with their repayment plan. CCS encourages clients to track and review their expenses so that they can make adjustments to their spending behaviors.”

The research team noted that such distortions in self-reporting questionnaires may possibly impact those experiencing moderate self-control problems in debt accumulation. Moving forward, they will continue to explore the magnitude and trajectory of how social cognitive processes impact personal assessment of self-control and ways to improve the accuracy of self-reporting.


Citation:
Extreme debtors may accumulate debt due to inflated sense of self-control (2022, August 16)