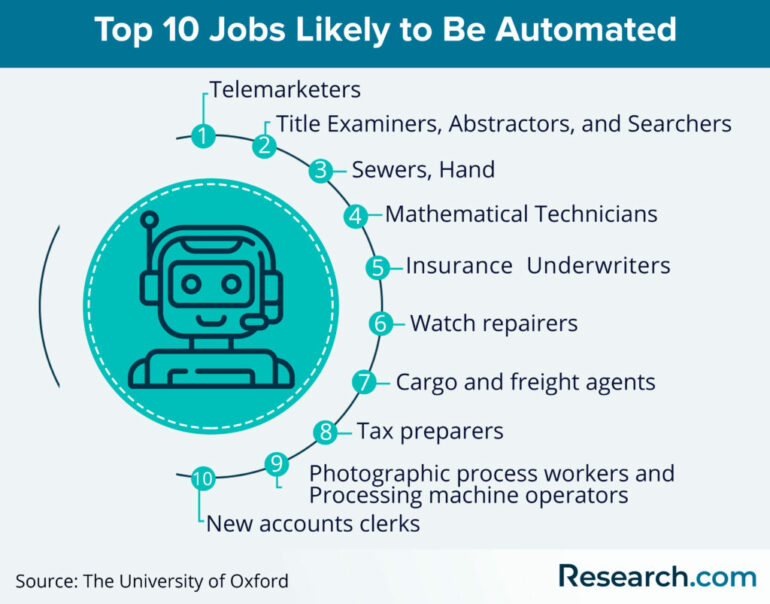 Automation enhances industry, but it’s harmful to the mental health of its human co-workers.

These findings come from a study published last week in Labour Economics by Pitt economist Osea Giuntella, along with a team that included Pitt colleague Rania Gihleb, an assistant professor in the Department of Economics, and Tianyi Wang, who is in a post-doctorate program after earning his Ph.D. at Pitt.

“There is a wide interest in understanding labor market effects of robots. And evidence of how robots affected employment and wages of workers, particularly in the manufacturing sector,” said Giuntella, an expert in labor economics and economic demography and an assistant professor in the Department of Economics in the Kenneth P. Dietrich School of Arts and Sciences.

“However, we still know very little about the effects on physical and mental health. On one hand, robots could take some of the most strenuous, physically intensive, and risky tasks, reducing workers’ risk. On the other hand, the competition with robots may increase the pressure on workers who may lose their jobs or forced to retrain. Of course, labor market institutions may play an important role, particularly in a transition phase.”

The study utilized data from workplaces and organizations on workplace injuries in the United States to find that a one standard deviation increase of robot exposure in a given regional labor market results in a reduction of annual work-related injuries. Overall, injuries were reduced by 1.2 cases per 100 workers. Meanwhile, United States areas with more people working alongside robots had a significant increase of 37.8 cases per 100,000 people in drug- or alcohol-related deaths. In addition, communities working alongside robots saw a slight increase in suicide rate and mental health issues.

In addition to U.S. businesses, the researchers also investigated the effects of robotics on workers in Germany. Both countries’ employees experienced a decrease in physical injury risk with a greater exposure to robotics in the workplace, with Germany sustaining a decrease in injuries of 5%. Interestingly, the team found differing results regarding mental health.

While an increase in U.S. exposure to robotics resulted in more adverse mental health effects, German workers saw no significant mental-health change when exposed to robotics. These findings then beg the question: Why does American automation at work seem to result in much more negative outcomes than in Germany?

“Robot exposure did not cause disruptive job losses in Germany; Germany has a much higher employment protection legislation,” Giuntella said. “Our evidence finds that, in both contexts, robots have a positive impact on the physical health of workers by reducing injuries and work- related disabilities. However, our findings suggests that in contexts where workers were less protected, competition with robots was associated with a rise in mental health problems.”

“There has been an intense debate on the effects of robotics and automation on labor market outcomes, but we still know little about how these structural economic changes are reshaping key life-course choices,” Giuntella said after that 2021 publication.

Tracing the origins of plants in West African cuisine

With the findings of this 2022 study, one can see that the development of robotics can lead to even more destructive results in workers’ lives than physical injury. These findings show that labor market institutions are an important mediator of the negative effects of robots on mental health.