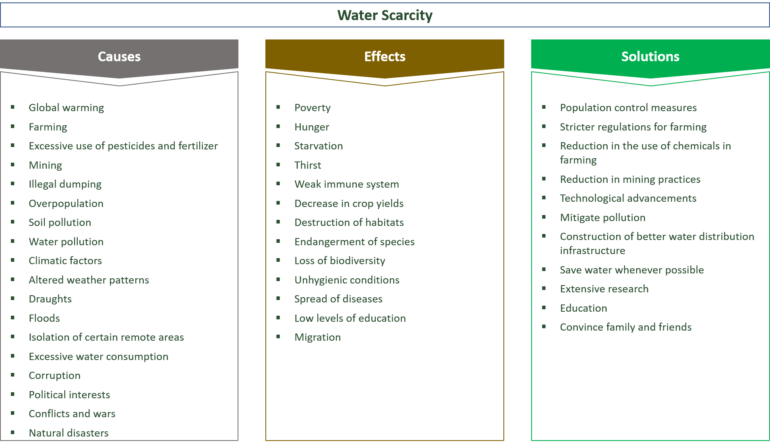 Will today’s wars over oil be over water in the future? For years this question has been at the heart of a scientific debate on the causes of these wars and how they should be studied.

A study published in the prestigious Nature Sustainability by a group of researchers from the Politecnico di Milano has investigated the phenomenon, also in light of “new” types of conflict in which paramilitary groups seem to capitalize on environmental stress.

In order to define the relationship between water and conflict, speaking only of water availability—or lack thereof—is not enough: in fact, conflicts tend to be associated with specific and complex socio-hydrological conditions, which in turn deal with the socio-economic value of water as a form of livelihood, especially in agriculture, and with the effects that human use of water has on the accessibility of this resource.

According to the authors, the research strategies that could contribute towards creating new types of scientific evidence on the interconnections between environment, society and conflict are: creating water availability measures that take into account the importance of water for human sustenance, focusing on mechanisms that arise when a resource is used unequally, and avoiding oversimplifications when considering environmental factors in social analyzes.

The work is based on the fusion of hydrological modeling and statistical analysis, combined with a specific focus on socio-environmental, cultural and political mechanisms which is used for studying the socio-hydrological characteristics of conflicts in the Lake Chad region in Central Africa.

This region has been affected by several conflicts in the last 20 years, such as the Boko Haram insurgency, the civil war in Darfur, and the coups in the Central African Republic. In addition to analyzing data on the level of human development, urbanization of the region and ethnic composition of the population, the researchers used a model to create water and soil availability indicators for agriculture and human sustenance in general.

These data were related to the conflicts in the region between 2000 and 2015 and a method was developed that, through a multidimensional approach, manages to explore more secondary, indirect and complex relationships within the water-conflict nexus.

On the one hand, conflicts tend to persist in the same places and expand to the closest areas. Most conflicts occur in highly “anomalous” locations (in terms of water availability) compared to the rest of the region, and the type of anomaly tends to be correlated with the dynamics of the conflict.

“Working in this way it’s possible to produce quantitative and qualitative descriptions of particular environmental ‘patterns’ associated with specific conflict dynamics,” explains Nikolas Galli, a researcher in the Glob3ScienCE (Global Studies on Sustainable Security in a Changing Environment) group at the Politecnico di Milano, coordinated by Maria Cristina Rulli, who added, “Socio-environmental, socio-hydrological and hydro-social research is pushing academic boundaries towards integrating natural and social sciences in order to produce more accurate representations of socio-ecological systems.”

“Our study provides a new methodological approach and new information for understanding natural resources conflicts in a case study with a long history of (un)scientific representations by both natural and social scientists and policy makers.”