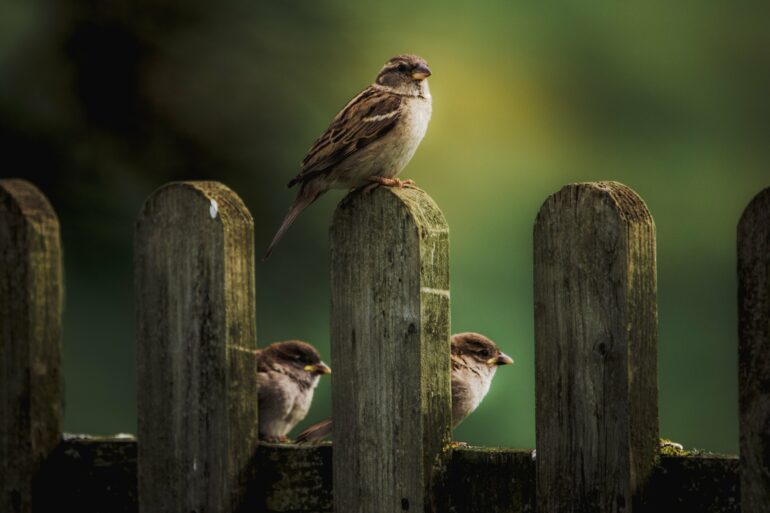 If you have ever watched a bird land on a tree branch, you may have noticed that it rapidly pitches its wings upward at a high angle to execute a smooth landing. However, for some birds, they land by folding their wings as they perch instead, creating a sweeping motion as they decelerate.

To uncover the mystery behind these differences in motion, a team of researchers in the UCF Department of Mechanical and Aerospace Engineering studied the aerodynamics of bird perching maneuvers and their implications for aircraft design. The researchers’ findings were recently published in Physical Review Fluids, and their paper also featured in Physics, the online magazine from the American Physical Society.

The team, led by aerospace engineering doctoral student Dibya Raj Adhikari, found that the sweeping motion, which changes the shape of a bird’s wing, increases lift and allows for better control of aerodynamic forces during a landing.

To simulate the motion of bird wings, the team used aluminum plates that they pushed through a tank of water containing silver-coated glass spheres. A rectangular plate was used to mimic a straight wing while a tapered plate was used to mimic a folded wing. The plates were moved at a constant speed for a few seconds, then tilted and shifted toward the tank wall during deceleration to imitate a bird pitching and heaving its wings as it lands.

The researchers found that the swept-wing motion stabilized the leading-edge vortex, one of the main mechanisms that enhance lift. This stabilization ultimately leads to a better landing in birds—and potentially in aircraft.

Adhikari worked on this research under the guidance of Assistant Professor Samik Bhattacharya, whose previous work attracted him to UCF. “During my master’s, I worked on a bio-inspired flight using experimental techniques,” Adhikari says. “I wanted to explore more in this field, and I found Samik Bhattacharya doing a similar kind of research here at UCF.”

The physics of a singing saw


Citation:
Aerodynamics of perching birds could inform aircraft design (2022, May 17)