Distinguishing between right and left with magnets 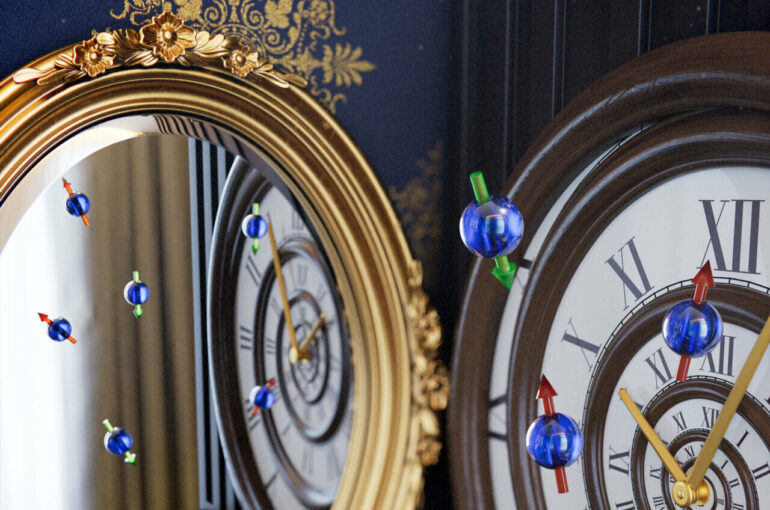 Using a chiral superconductor, scientists at Institute for Molecular Science and Shizuoka University have demonstrated that the magnet can distinguish right and left forms of the chiral crystal despite the common belief that the magnet only distinguishes between the north and the south. They showed that the handedness of the chiral superconductor was translated to a special spin configuration, which enabled chirality-dependent sensing. This result provides a fundamental understanding of the left-right segregation of chiral molecules using magnets.

Chirality control of molecules and crystals is critical to multiple fields of research such as drug development and display device research. In recent years, new attempts have been made to take advantage of magnets to separate handedness (left or right) of chiral molecules in a different fashion from chemical methods so far. However, the proposed mechanism of the new method has been controversial from the standpoint of physics. The underlying hypothesis remains to be verified, which is worth tackling for a higher efficiency and a wider coverage of magnet-based chirality control.

“To test the hypothesis, you must map electron spins in a single chiral molecule. A big difficulty is that chiral molecules are so small that you cannot do so,” says team leader Prof. Hiroshi Yamamoto. “Instead, we took up an organic chiral superconductor as a giant chiral molecule.”

Stabilizing electron spins requires that the electrons be correlated, or interfere with each other, over the entire system. In a superconducting state, the interference persists via prolonged coherence of electrons; many electrons collapse into a single quantum-mechanical wave and jointly keep the capability of interference over a long distance. This feature may enable emulation of the spin distribution in an organic chiral superconductor in a much larger length scale than chiral molecules.

“Through a combination of latest techniques, we finally detected spin polarizations,” says Ph.D. candidate Ryota Nakajima, who is the leading author. “We are surprised by an excellent correspondence with the proposed hypothesis. We found different spin distributions for different handedness of chiral superconductors.”

“The observed spin distribution is relevant to chiral recognition,” says Assistant Prof. Daichi Hirobe, who is one of the two corresponding authors. “Depending on the handedness, two spin polarizations sit face-to-face or back-to-back at both edges of a superconductor. This unique configuration has been hypothesized for chiral molecules, but it has not been verified.” Such spin configuration is unchanged under any rotation of a chiral crystal structure, which is key to magnet-based chiral recognition in a liquid reported previously.

The paper is published in the journal Nature.

Prof. Hiroshi Yamamoto sees the team’s achievement as a big advance in understanding of a delicate connection between chirality and magnetism. “Chirality made from spin distributions enables recognition of molecular/crystal chirality from outside the system. This appears to defy the law of physics without careful consideration.”

The research team coined “T-odd chirality” for the spin-related chirality, noting the fact that the spins are reversed by time-reversal operation “T.” Their finding is also expected to find application in future superconducting spintronics.

Citation:
Distinguishing between right and left with magnets (2023, January 18)