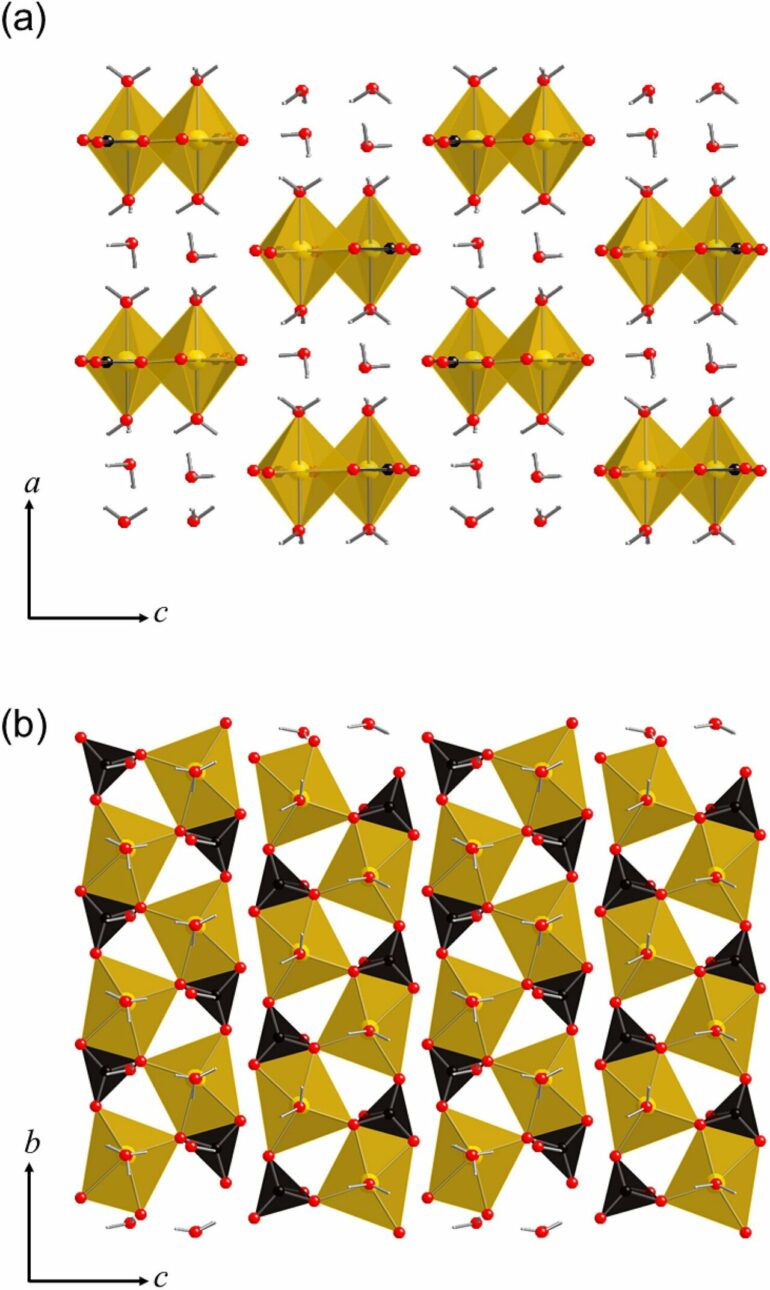 Scientists at the University of Tsukuba used a sophisticated set of experimental tests, including synchrotron X-ray scattering and quantum computer modeling, to study the effect of temperature on the structure of magnesium carbonate. This work may lead to more efficient carbon capture technologies that lock carbon dioxide inside rocks as a way to combat climate change.

One of the primary drivers of anthropogenic climate change is the overabundance of carbon dioxide (CO2) gas in the atmosphere from the burning of fossil fuels. This CO2 alters the balance of the planet’s solar energy input and output by permitting visible light from the sun to reach the Earth but preventing some of the reradiated infrared energy from leaving. Many approaches for carbon capture have been proposed, but most are impractical or prone to the carbon dioxide leaking out over time. A solution that permanently removes it from the ecosystem would be an invaluable tool to diminish the intensity of global warming.

Now, a team of scientists at the University of Tsukuba have worked on advancing the concept of carbon capture via mineral trapping. In this approach, carbon dioxide gas is made to precipitate as part of a rocky crystal or powder, such as magnesium carbonate hydrates. “More than 70 percent of the total carbon in the Earth’s crust is locked away in the form of carbonates,” explains author Professor Atsushi Kyono. The crystal structure of hydrated minerals can vary based on the amount of water molecules incorporated, which in turn can depend on the temperature. For example, the nesquehonite (MgCO3·3H2O) form can become hydromagnesite [Mg5(CO3)4(OH)2·4H2O] when the water content increases. These configurations can have markedly different properties. The water molecules in nesquehonite are highly interconnected by a hydrogen-bonding network, while in contrast, no network is present in the hydromagnesite structure.

To study the impact of temperature on amorphous magnesium carbonate (AMC), a precursor of the crystalline magnesium carbonate hydrate materials, the team used advanced laboratory methods, including synchrotron X-ray scattering and quantum chemical calculations. “We found that the short-range order was slightly modified with temperature, but the medium-range order of AMC remained unchanged,” Professor Kyono explains. This research helps provide more context for scientists working on carbon capture methods by revealing that the physical properties of some easily obtainable precursor materials can be modified by temperature.