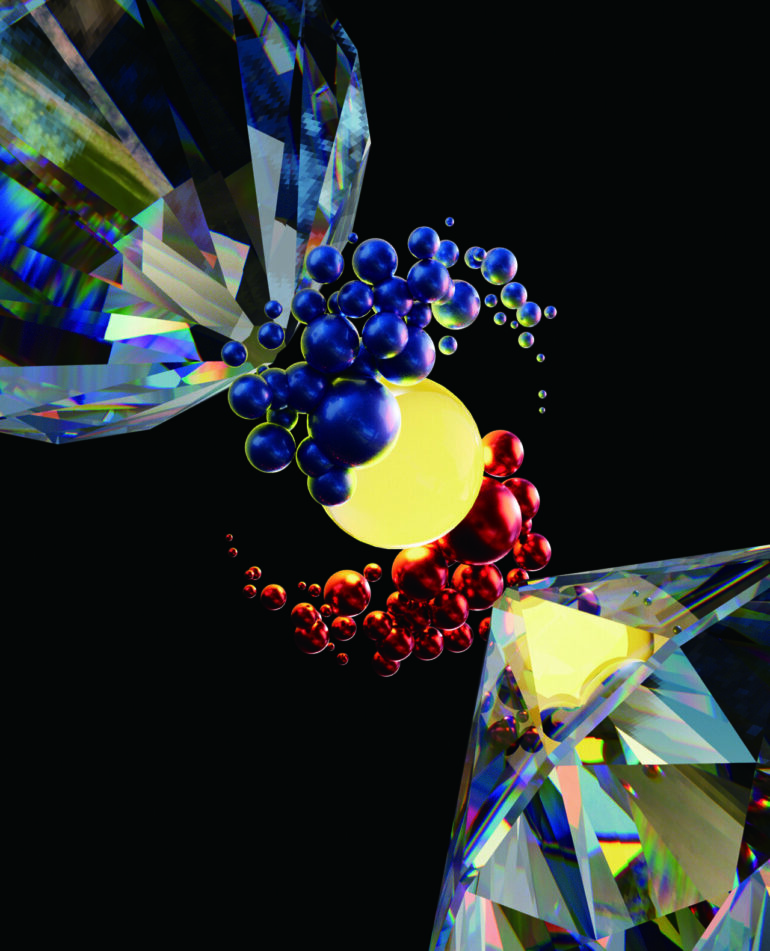 UCLA researchers and their colleagues have discovered a new physics principle governing how heat transfers through materials, and the finding contradicts the conventional wisdom that heat always moves faster as pressure increases.

Up until now, the common belief has held true in recorded observations and scientific experiments involving different materials such as gases, liquids and solids.

The researchers detailed their discovery in a study published last week by Nature. They have found that boron arsenide, which has already been viewed as a highly promising material for heat management and advanced electronics, also has a unique property. After reaching an extremely high pressure that is hundreds of times greater than the pressure found at the bottom of the ocean, boron arsenide’s thermal conductivity actually begins to decrease.

The results suggest that there might be other materials experiencing the same phenomenon under extreme conditions. The advance may also lead to novel materials that could be developed for smart energy systems with built-in “pressure windows” so that the system only switches on within a certain pressure range before shutting off automatically after reaching a maximum pressure point.

“This fundamental research finding shows that the general rule of pressure dependence starts to fail under extreme conditions,” said study leader Yongjie Hu, an associate professor of mechanical and aerospace engineering at the UCLA Samueli School of Engineering. “We expect that this study will not only provide a benchmark for potentially revising current understanding of heat movement, but it could also impact established modeling predictions for extreme conditions, such as those found in the Earth’s interior, where direct measurements are not possible.”

According to Hu, the research breakthrough may also lead to retooling of standard techniques used in shock wave studies.

Similar to how a sound wave travels through a rung bell, heat travels through most materials by way of atomic vibrations. As pressure squeezes closer together the atoms inside a material, it enables heat to move through the material faster, atom by atom, until its structure breaks down or transforms to another phase.

That is not the case, however, with boron arsenide. The research team observed that heat started to move slower under extreme pressure, suggesting a possible interference caused by different ways the heat vibrates through the structure as pressure mounts, similar to overlapping waves canceling each other out. Such interference involves higher-order interactions that cannot be explained by textbook physics.

The results also suggest that the thermal conductivity of minerals can reach a maximum after a certain pressure range. “If applicable to planetary interiors, this may suggest a mechanism for an internal ‘thermal window’—an internal layer within the planet where the mechanisms of heat flow are different from those below and above it,” says co-author Abby Kavner, a professor of earth, planetary and space sciences at UCLA. “A layer like this may generate interesting dynamic behavior in the interiors of large planets.”

To achieve the extremely high-pressure environment for their heat-transfer demonstrations, the researchers placed and compressed a boron arsenide crystal between two diamonds in a controlled chamber. They then utilized quantum theory and several advanced imaging techniques, including ultrafast optics and inelastic X-ray scattering measurements, to observe and validate the previously unknown phenomenon.