Photon pairs are more sensitive to rotations than single photons 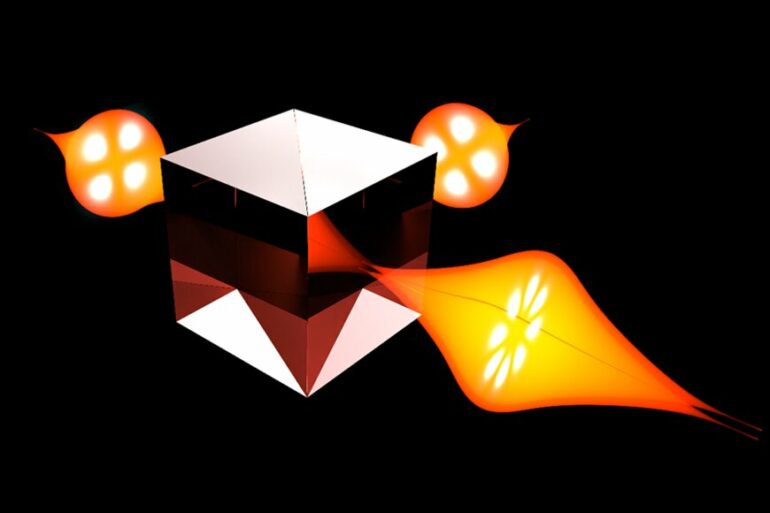 Quantum states of light have enabled novel optical sensing schemes, e.g., for measuring distance or position, with precisions impossible to achieve with classical light sources such as lasers. The field of quantum metrology has now been pushed even further as a team of researchers from Finland and Canada showed that photons that are engineered to be entangled in complex spatial structures have, due to quantum phenomena, an advantage for sensing the smallest rotations. The new method allows for more precise measurement than what could be achieved by conventional means.

In the field of quantum metrology, scientists are developing novel measurement schemes that benefit from quantum features and are more precise and sensitive than classical conventional methods. The team of researchers from Tampere University, Finland, and the National Research Council of Canada has now shown how a simple and powerful technique called two-photon N00N states can be used to create spatially structured quantum states of light that can go beyond the classical limit in rotation estimation. The results are published in the prestigious journal Physical Review Letters.

“Our experimental results demonstrate a simple but powerful way of custom-tailoring two-photon quantum states and holds promise for applications that can achieve high measurement precisions.

The simplicity of our method opens a path to creating a measurement system that beats the classical estimation limit with current technologies,” explains Doctoral Researcher and lead author Markus Hiekkamäki.

“In our case, the quantum interference results in an entangled state of two photons. Because of the quantum nature of the realized state, the entangled photon pair gives a better measurement precision when compared to the same spatial shape imprinted on a similar amount of single photons or laser light. Using a counter-intuitive quantum response, we were able to show that it will be possible to achieve measurement precisions at the absolute quantum limit,” says Associate Professor Robert Fickler, leader of the Experimental Quantum Optics group at Tampere University.

Besides rotational measurements, the method allows the generation of a large variety of different quantum states for transverse-spatial modes. Hence, it could also be utilized in measurements of many different types of systems as well as in fundamental tests of multi-photon quantum states of light.

After demonstrating the advantage in rotational estimation, the researchers are now planning on using the method to shed new light on another fundamental property of waves called the Gouy phase. In addition, they study how it could be extended into quantum-enhanced measurement schemes in multiple degrees of freedom.

Provided by
Tampere University of Technology