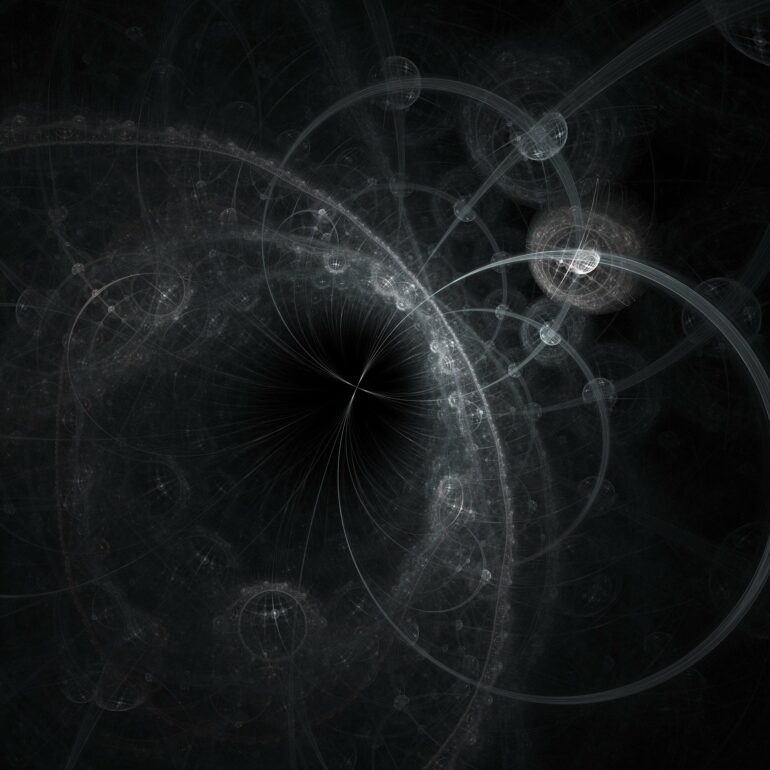 How would our world be viewed by observers moving faster than light in a vacuum? Such a picture would be clearly different from what we encounter every day. “We should expect to see not only phenomena that happen spontaneously, without a deterministic cause, but also particles traveling simultaneously along multiple paths,” argue theorists from universities in Warsaw and Oxford.

Also the very concept of time would be completely transformed—a superluminal world would have to be characterized with three time dimensions and one spatial dimension and it would have to be described in the familiar language of field theory. It turns out that the presence of such superluminal observers does not lead to anything logically inconsistent, moreover, it is quite possible that superluminal objects really exist.

In the early 20th century, Albert Einstein completely redefined the way we perceive time and space. Three-dimensional space gained a fourth dimension—time, and the concepts of time and space, so far separate, began to be treated as a whole. “In the special theory of relativity formulated in 1905 by Albert Einstein, time and space differ only in the sign in some of the equations,” explains prof. Andrzej Dragan, physicist from the Faculty of Physics of the University of Warsaw and Center for Quantum Technologies of the National University of Singapore.

Einstein based his special theory of relativity on two assumptions: Galileo’s principle of relativity and the constancy of the speed of light. As Andrzej Dragan argues, the first principle is crucial, which assumes that in every inertial system the laws of physics are the same, and all inertial observers are equal. “Typically, this principle applies to observers who are moving relative to each other at speeds less than the speed of light (c). However, there is no fundamental reason why observers moving in relation to the described physical systems with speeds greater than the speed of light should not be subject to it,” argues Dragan.

What happens when we assume—at least theoretically—that the world could be observable from superluminal frames of reference? There is a chance that this would allow the incorporation of the basic principles of quantum mechanics into the special theory of relativity. This revolutionary hypothesis of prof. Andrzej Dragan and prof. Artur Ekert from the University of Oxford presented for the first time in the article “Quantum principle of relativity” published two years ago in the New Journal of Physics.

There they considered the simplified case of both families of observers in a space-time consisting of two dimensions: one spatial and one time dimension. In their latest publication in the journal Classical and Quantum Gravity, titled “Relativity of superluminal observers in 1 + 3 spacetime”, a group of 5 physicists goes a step further, presenting conclusions about the full four-dimensional spacetime.

The authors start from the concept of space-time corresponding to our physical reality: with three spatial dimensions and one time dimension. However, from the point of view of the superluminal observer, only one dimension of this world retains a spatial character, the one along which the particles can move.

“The other three dimensions are time dimensions,” explains prof. Andrzej Dragan. “From the point of view of such an observer, the particle ‘ages’ independently in each of the three times. But from our perspective—illuminated bread eaters—it looks like a simultaneous movement in all directions of space, i.e. the propagation of a quantum-mechanical spherical wave associated with a particle,” comments prof. Krzysztof Turzyński, co-author of the paper.

It is, as explained by prof. Andrzej Dragan, in accordance with Huygens’ principle formulated in the 18th century, according to which every point reached by a wave becomes the source of a new spherical wave. This principle initially applied only to the light wave, but quantum mechanics extended this principle to all other forms of matter.

As the authors of the publication prove, the inclusion of superluminal observers in the description requires the creation of a new definition of velocity and kinematics. “This new definition preserves Einstein’s postulate of constancy of the speed of light in vacuum even for superluminal observers,” prove the authors of the paper. “Therefore, our extended special relativity does not seem like a particularly extravagant idea,” adds Dragan.

How does the description of the world to which we introduce superluminal observers change? After taking into account superluminal solutions, the world becomes nondeterministic, particles—instead of one at a time—begin to move along many trajectories at once, in accordance with the quantum principle of superposition.

“For a superluminal observer, the classical Newtonian point particle ceases to make sense, and the field becomes the only quantity that can be used to describe the physical world,” notes Andrzej Dragan. “Until recently it was generally believed that postulates underlying quantum theory are fundamental and cannot be derived from anything more basic. In this work we showed that the justification of quantum theory using extended relativity, can be naturally generalized to 1 + 3 spacetime and such an extension leads to conclusions postulated by quantum field theory,” write the authors of the publication.

All particles therefore seem to have extraordinary properties in the extended special relativity. Does it work the other way around? Can we detect particles that are normal for superluminal observers, i.e. particles moving relative to us at superluminal speeds?

“It’s not that simple,” says prof. Krzysztof Turzyński. “The mere experimental discovery of a new fundamental particle is a feat worthy of the Nobel Prize and feasible in a large research team using the latest experimental techniques. However, we hope to apply our results to a better understanding of the phenomenon of spontaneous symmetry breaking associated with the mass of the Higgs particle and other particles in the Standard Model, especially in the early universe.”

Andrzej Dragan adds that the crucial ingredient of any spontaneous symmetry breaking mechanism is a tachyonic field. It seems that superluminal phenomena may play a key role in the Higgs mechanism.