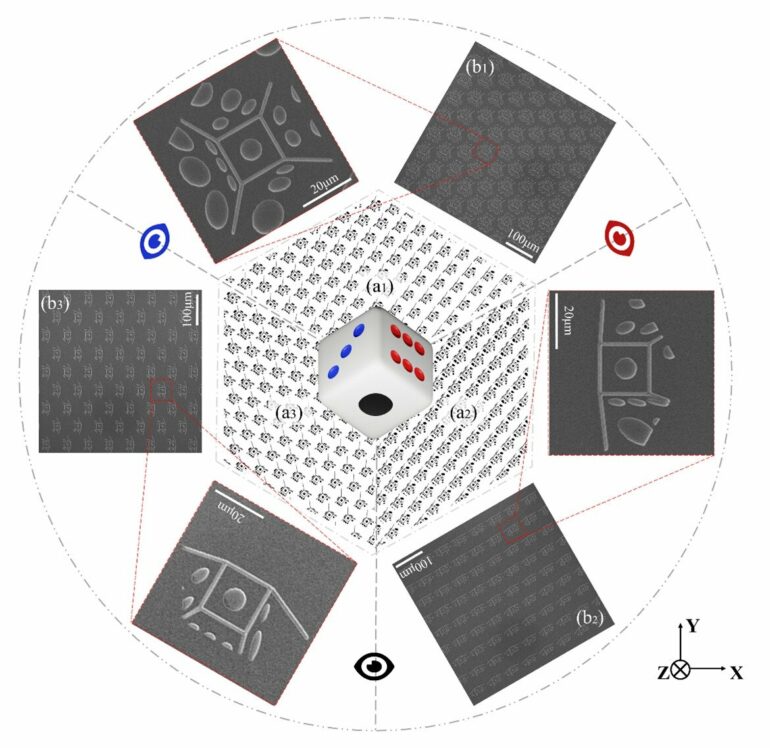 Researchers have developed a new ultra-thin film that can create detailed 3D images viewable under normal illumination without any special reading devices. The images appear to float on top of the film and exhibit smooth parallax, which means they can be clearly viewed from all angles. With additional development, the new glass-free approach could be used as a visual security feature or incorporated into virtual or augmented reality devices.

“Our ultra-thin, integrated reflective imaging film creates an image that can be viewed from a wide range of angles and appears to have physical depth,” said research team leader Su Shen from Soochow University in China. “It can be easily laminated to any surface as a tag or sticker or integrated into a transparent substrate, making it suitable for use as a security feature on banknotes or identity cards.”

In Optics Letters, the researchers describe their new imaging film. At just 25 microns thick, the film is about twice as thick as household plastic wrap. It uses a technology known as light-field imaging, which captures the direction and intensity of all rays of light within a scene to create a 3D image.

“Achieving glass-free 3D imaging with a large field of view, smooth parallax and a wide, focusable depth range under natural viewing conditions is one of the most exciting challenges in optics,” said Shen. “Our approach offers an innovative way to achieve vivid 3D images that cause no viewing discomfort or fatigue, are easy to see with the naked eye and are esthetically pleasing.”

Various technical schemes have been investigated for creating the ideal 3D viewing experience, but they tend to suffer from drawbacks such as a limited viewing angle or low light efficiency. To overcome these shortcomings, the researchers developed a reflective light-field imaging film and new algorithm that allows both the position and angular information for the light field to be recorded with high density.

The researchers also developed an economic self-releasing nanoimprinting lithography approach that can achieve the precision needed for high optical performance while using low-cost materials. The film is patterned with an array of reflective focusing elements on one side that act much like tiny cameras while the other side contains a micropattern array that encodes the image to be displayed.

“The powerful microfabrication approach we used allowed us to make a reflective focusing that was extremely compact—measuring just tens of microns,” said Shen. “This lets the light radiance be densely collected, creating a realistic 3D effect.”

The researchers demonstrated their new film by using it to create a 3D image of a cubic die that could be viewed clearly from almost any viewpoint. The resulting image measures 8 x 8 millimeters with an image depth that ranges from 0.1 to 8.0 millimeters under natural lighting conditions. They have also designed and fabricated an imaging film with a floating logo that can be used as a decorative element, for example on the back of a mobile phone.

The researchers say that their algorithm and nanopatterning technique could be extended to other applications by creating the nanopatterns on a transparent display screen instead of a film, for example. They are also working toward commercializing the fabrication process by developing a double-sided nanoimprinting machine that would make it easier to achieve the precise alignment required between the micropatterns on each side of the film.