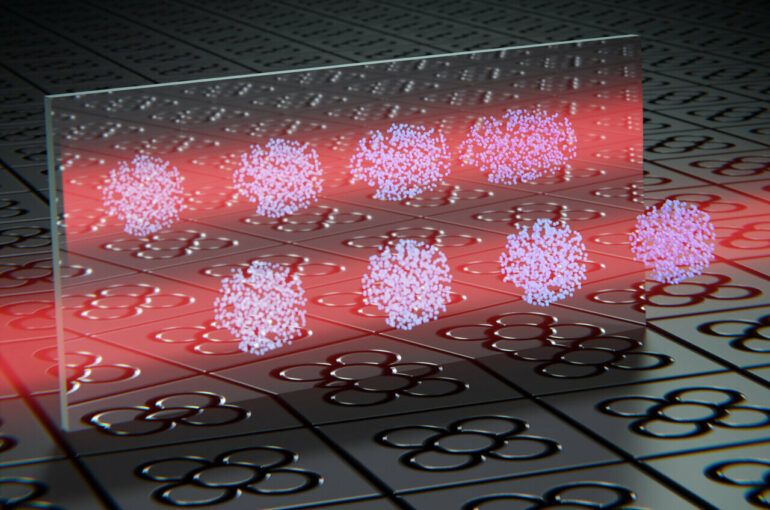 Our modern understanding of the physical world is based on gauge theories: mathematical models from theoretical physics that describe the interactions between elementary particles (such as electrons or quarks) and explain quantum mechanically three of the fundamental forces of nature: the electromagnetic, weak, and strong forces. The fourth fundamental force, gravity, is described by Einstein’s theory of general relativity, which, while not yet understood in the quantum regime, is also a gauge theory. Gauge theories can also be used to explain the exotic quantum behavior of electrons in certain materials or the error correction codes that future quantum computers will need to work reliably, and are the workhorse of modern physics.

In order to better understand these theories, one possibility is to realize them using artificial and highly controllable quantum systems. This strategy is called quantum simulation and constitutes a special type of quantum computing. It was first proposed by the physicist Richard Feynman in the 80s, more than fifteen years after being awarded the Nobel prize in physics for his pioneering theoretical work on gauge theories.

Quantum simulation can be seen as a quantum LEGO game where experimental physicists give reality to abstract theoretical models. They build them in the laboratory “quantum brick by quantum brick”, using very well controlled quantum systems such as ultracold atoms or ions. After assembling one quantum LEGO prototype for a specific model, the researchers can measure its properties very precisely in the lab, and use their results to understand better the theory that it mimics. During the last decade, quantum simulation has been intensively exploited to investigate quantum materials. However, playing the quantum LEGO game with gauge theories is fundamentally more challenging. Until now, only the electromagnetic force could be investigated in this way.

In a recent study published in Nature, ICFO experimental researchers Anika Frölian, Craig Chisholm, Ramón Ramos, Elettra Neri, and Cesar Cabrera, led by ICREA Prof. at ICFO Leticia Tarruell, in collaboration with Alessio Celi, a theoretical researcher from the Talent program at the Autonomous University of Barcelona, were able to simulate a gauge theory other than electromagnetism for the first time, using ultracold atoms.

In the gauge theory language, the electromagnetic force between two electrons arises when they exchange a photon: a particle of light that can propagate even when matter is absent. However, in two-dimensional quantum materials subjected to very strong magnetic fields, the photons exchanged by the electrons behave as if they were extremely heavy and can only move as long as they are attached to matter.

As a result, the electrons have very peculiar properties: they can only flow through the edges of the material, in a direction that is set by the orientation of the magnetic field, and their charge becomes apparently fractional. This behavior is known as the fractional quantum Hall effect, and is described by the Chern-Simons gauge theory (named after the mathematicians that developed one of its key elements). The behavior of the electrons restricted to a single edge of the material should also be described by a gauge theory, in this case called chiral BF, which was proposed in the 90s but not realized in a laboratory until the ICFO and UAB researchers pulled it out of the freezer.

An ultracold cloud that does not behave as its mirror image

To give reality to this topological gauge theory and simulate it in their experiment, the team used a cloud of atoms cooled down to temperatures about a billionth of a degree above absolute zero. As atomic species they chose potassium, because one of its isotopes has two states that interact with different strengths and can be used as the quantum bricks to construct the chiral BF gauge theory. They then shone laser light to combine the two states into a single new one.

This technique, called “dressing the atoms with light,” made them acquire peculiar interactions whose strength and sign depended on the velocity of the cloud. Finally, they created an optical waveguide that would restrict the motion of the atoms to a line, and used additional lasers to kick the cloud and make it move at different velocities along it.

In normal conditions, letting the atoms evolve freely in the waveguide would have resulted in the cloud expanding. However, with the dressing light on, the images of the atoms taken in the laboratory showed a completely different behavior.

As Ramon Ramos explains, “in our system, when the atoms move to the right their interactions are attractive and cancel the behavior of the atoms trying to expand. So, what you actually see is that the shape of the cloud remains the same. In technical words, we realized a soliton. But, if the atoms move to the left, these atoms expand like normal gas.”

The observation of atoms that behave differently when moving in opposite directions demonstrates that the system is chiral, that is, different from its mirror image. “When we observed for the first time the effect of chiral interactions in our atomic cloud, we were not trying to simulate a gauge theory. But the data was so beautiful and intriguing that we felt that we really needed to understand better its meaning. It made me change completely the research plans of the team,” says Leticia Tarruell.

The team quickly figured out that their observations were connected to a theoretical article published ten years earlier, which proposed to use an almost identical setup to study a modified type of electromagnetism. However, the results of the experiment never seemed to agree with their expectations. As Craig Chisholm recalls, initially “the results that we were obtaining did not seem at all aligned with any of the theory. The challenge was to understand which regime you had to be in to actually see the correct effect coming from the correct place and to eliminate the effect coming from the wrong place”.

For the experimental team, the meaning of the modified electromagnetism mentioned in the paper was also very unclear. It cited mathematical physics papers from the 90s, which established the connection with the gauge theories used to described the fractional quantum Hall effect. However, as Tarruell says, “for experimental atomic physicists like us, the content of these works was very hard to grasp, because they were written in a mathematical physics language that was completely different from ours. It was really frustrating to know that the answer to our questions was there, but we were not being able to understand it! This is when we decided that we needed to bring a theorist into the picture.”

For theoretical physicist Alessio Celi, who had worked for many years on high energy physics and gravity before switching to quantum simulation, reading the original gauge theory papers was easy. At the same time, he could understand the regime in which the experiments could be performed, and their challenges. He sat down with the experimental team, and after several discussions came up with a model that could properly explain the experimental results.

As he explains, “the main problem we had was to enter in the right framework. Once you knew where to look, it became an easy problem to solve.” Remarkably, there was a regime of parameters where this model was exactly the topological gauge theory proposed 30 years earlier to describe the behavior of electrons at the edges of fractional quantum Hall materials.

“I think that this project shows us the strength of interdisciplinary collaborations. Combining experimental tools of ultralow temperature physics and theoretical tools from high energy physics has made all of us better physicists, and resulted in the first quantum simulation of a topological gauge theory,” concludes Tarruell.

The team is already set to explore the new research directions opened by this project. Their goal now is to try to expand the experiments and the theory from a line to a plane, which would allow them to observe the fractional quantum Hall effect without the need of a quantum material. This would give access to exotic quasi-particles, called anyons, which in the future could be used for more robust forms of quantum computing.