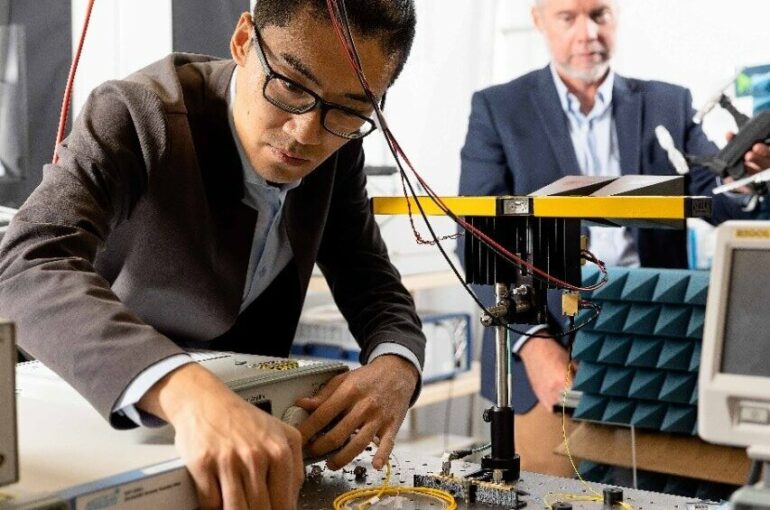 University of Sydney scientists have achieved a technology breakthrough with potentially life-saving applications—all using an improved version of radar.

Traditionally, radar is associated with airport control towers or military fighter jets, but a new, highly sensitive radar developed at the University of Sydney takes this technology into the human range.

Called advanced photonic radar, the ultra-high-resolution device is so sensitive it can detect an object’s location, speed, and/or angle in millimeters as opposed to meters. This could enable usage in hospitals to monitor people’s vital signs such as breathing and heart rate.

In the case of breathing, the radar could continuously detect a person’s chest rising and falling. The usual method of monitoring this is via a strap around a person’s chest. In the case of burn victims with sensitive skin, however, this is impractical. Similarly, infants have insufficient attaching areas for sleep apnea monitoring, so the novel radar technology could be a better alternative.

Privacy is another concern addressed by the new system. Traditional health surveillance methods such as cameras capture a patient’s face, whereas radar, which uses only radio waves, allows patients to remain completely anonymous.

Professor Benjamin Eggleton, principal investigator for this research and Director of the University of Sydney Nano Institute said: “Our invention represents a breakthrough with the use of photonics (light particles). I’m excited about the potential non-traditional applications of this technology, regarding human movement.”

An explanation of the device has been published in the journal Laser and Photonics Review.

Radar is an acronym for radio detection and ranging. It transmits and receives radiofrequency waves to calculate the distance between itself and other objects.

The new system differs from conventional radar in that by using photonics, it can handle a much broader range of frequencies without requiring any high-speed electronics. This is what allows it to generate higher-resolution images in a format that is simpler and potentially much lower cost.

A quantum view of ‘combs’ of light

Next, the researchers plan to test their system on cane toads, and ultimately, on human participants. The technology is safe, and the research is undergoing ethics approval to proceed.

Once an advanced prototype has been developed, the researchers say it could be miniaturized onto a photonic chip which is small enough to build into a mobile phone.