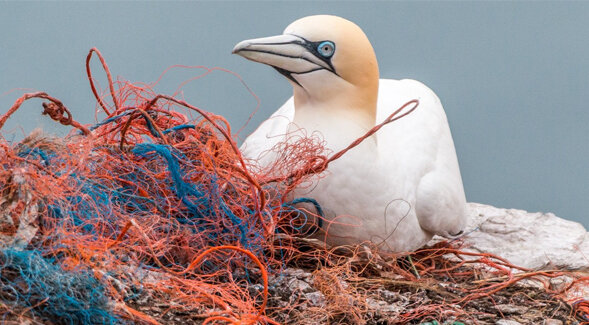 Roughly 8 million metric tons of plastic enter the ocean each year, and the U.S. is one of the top contributors to plastic pollution. It’s been found in the seafloor and surface water, on beaches and shorelines. Microplastics—tiny plastics less than 5 millimeters in size —are pervasive worldwide and have been found inside marine animals, in drinking water and food.

A new report on microplastic pollution in California urges the state to take action to protect vulnerable marine ecosystems by reducing microplastic materials at their source, which may be the most effective way to remedy the situation.

The group was convened by the California Ocean Science Trust (OST) and the Ocean Protection Council (OPC) to share scientific guidance on risk assessment and the scale of pollution with the state legislature, which requested the guidance in 2018 (SB 1263).

The scientists’ recommendations include a technical framework for addressing microplastic pollution and prioritizing knowledge gaps to better understand the issue. The group comprises experts from six institutions including the U.S. Environmental Protection Agency and regional universities.

“Microplastics have been found in all corners of the world, as well as in us—in every ocean, Antarctic sea ice, deep-sea trenches, the air we breathe, agricultural soils, and even in human placentas,” said Susanne Brander, Oregon State University ecotoxicologist and co-chair of the working group. “As a scientist who studies the occurrence and impacts of microplastics in fish and other marine biota, the best approach to protecting ocean health is to curb pollution at its source.”

Scientific knowledge of microplastics is still growing, but the group recommends the state take a precautionary approach in its response because plastic production is expected to continue to increase and plastics don’t degrade in the same way as other materials. Evidence shows microplastics contaminate and can harm marine life and humans. Current tools and the large scale of pollution make mass cleanups too challenging.

The scientists call for more California-specific research identifying the largest sources of microplastic pollution to inform appropriately targeted source reduction activities. They note that in California, existing evidence suggests that microfibers from textiles, as well as tire and road wear particles, are the most common types of microplastic materials found in the marine environment to date.

Additionally, stormwater runoff in both agricultural and urban settings contribute a large share of microplastics into the marine environment. Microplastic loading via air and wastewater treatment should also be watched closely, they cautioned. They noted that even smaller plastics such as nanoplastics may be more harmful to marine life and humans, but more research is needed on this topic.

“This effort is a prime example of how California is leveraging science and partnerships to identify a roadmap towards healthier and more productive coasts and oceans,” said Kiya Bibby, senior science officer at OST. “This team of experts is pointing California towards action on a very visible issue.”


Citation:
Report urges California to act to protect marine ecosystems against microplastics (2021, May 17)
retrieved 17 May 2021
from https://phys.org/news/2021-05-urges-california-marine-ecosystems-microplastics.html