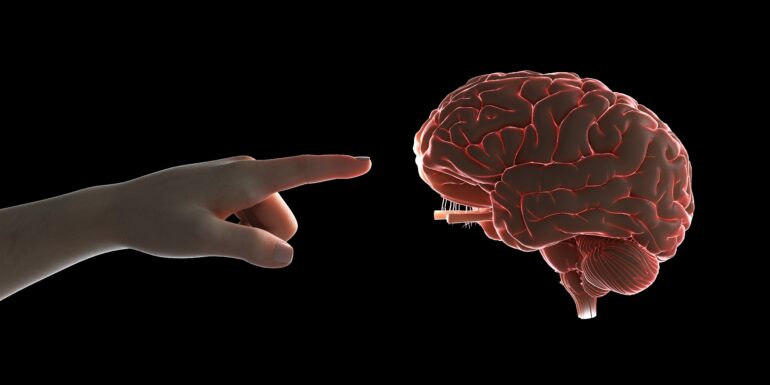 More than 5 million people in the United States are affected by limb loss or paralysis. Technological devices that directly interact with the brain, known as brain-computer interfaces, offer the potential to decode an individual’s thoughts and translate them into action using a robotic arm or a cursor on a screen. These neuroprosthetics can take the place of an amputated or paralyzed arm, for instance, helping the user take an action.

Much research in this field to date has focused on decoding brain signals – what is it that the person wants to do?

But there’s another equally important part of any real-world prosthetic system. It needs to be able to convey information in the other direction, too, back to the brain to provide feedback from the external world. Think about how challenging it would be to interact with the world in the absence of touch. Tasks such as lighting a match, picking up an egg and grasping a coffee cup become tremendously difficult.

At the University of Washington’s Center for Neurotechnology, our team is working out how best to engineer stimulation to the brain to restore tactile sensations that allow people to perform useful tasks. To this end, we are studying how people respond to sensation triggered by electrical stimulation of the brain. Our goal is to help devise a system that someday will allow someone who has lost the sense of touch to feel a loved one’s hand again.

Collaborating with neurosurgeons Jeffrey Ojemann and Andrew Ko, we rely on patient volunteers who generously allow us to carry out research while they are undergoing treatment for epilepsy.

To help localize the origin of a patient’s seizures prior to removing brain tissue to potentially help their epilepsy, Ojemann and Ko temporarily implant small, metal electrodes on top of and within the patient’s brain. These electrodes monitor the brain’s epileptic seizures so the neurosurgeons know where – and where not – to operate.

Our experiments use those same electrodes in two ways. We can record the electrical activity of the brain’s neurons. And we are also able to inject small amounts of electric current into specific parts of the brain. When we send a small burst of electricity to the touch-processing areas of the brain, the person experiences tactile sensations. In other words, when we activate particular neurons with electricity, the volunteer experiences it as if we were touching a particular part of their body.

In Apps and WebComputer science
on 28 March 20211 min read

We asked our subjects to…