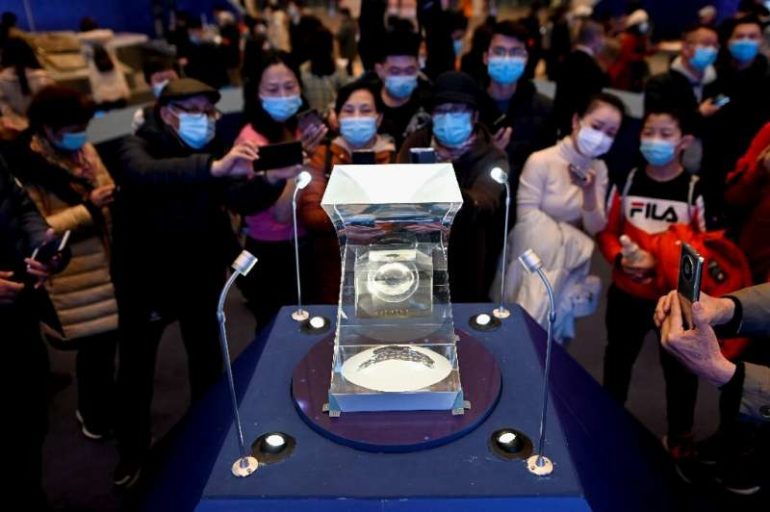 A Chinese spacecraft carried lunar rocks and soil to Earth last year—humanity’s first mission in four decades to collect samples from the Moon, and a milestone for Beijing’s growing space program.

The samples included basalt—a form of cooled lava—from 2.03 billion years ago, scientists found, pushing the last known date of volcanic activity on the moon closer to the present day by as much as 900 million years.

Analysis of the samples “reveals that the Moon’s interior was still evolving at around two billion years ago”, the Chinese Academy of Sciences (CAS) said in a statement.

Previous moon rocks brought back by US and Soviet missions showed evidence of lunar activity up to 2.8 billion years ago, but left a gap in scientists’ knowledge about the more recent history of Earth’s natural satellite as they were from older parts of the lunar surface.

The Chang’e-5 mission—named after a mythical moon goddess—collected two kilograms (4.5 pounds) of samples from a previously unexplored area of the moon called Mons Ruemker in the Oceanus Procellarum or “Ocean of Storms”.

The area was selected as it was thought by scientists to be more recently formed, based on the lower density of craters from meteors on its surface.

“Altogether those results are extremely exciting, providing amazing science and results on understanding the lunar formation and evolution over time,” Audrey Bouvier, a planetology professor at Germany’s University of Bayreuth, said in a video message at a Beijing press conference on Tuesday.

The latest findings—published in three papers in the Nature journal on Tuesday—open up new questions for scientists trying to decipher the history of the Moon.

“How did the Moon sustain volcanic activity for so long? The Moon is naturally small and should disperse heat quickly, or so the thinking goes,” CAS researcher Li Xianhua, one of the authors of the studies, told reporters.

The Chang’e 5 samples marked a major step for the Chinese space program, which has sent a rover to Mars and landed another craft on the far side of the Moon.

The country, racing to catch up with the United States and Russia, sent three astronauts to its new space station on Saturday, which is expected to become operational by 2022.

Young people get their knowledge of tech from TV, not school