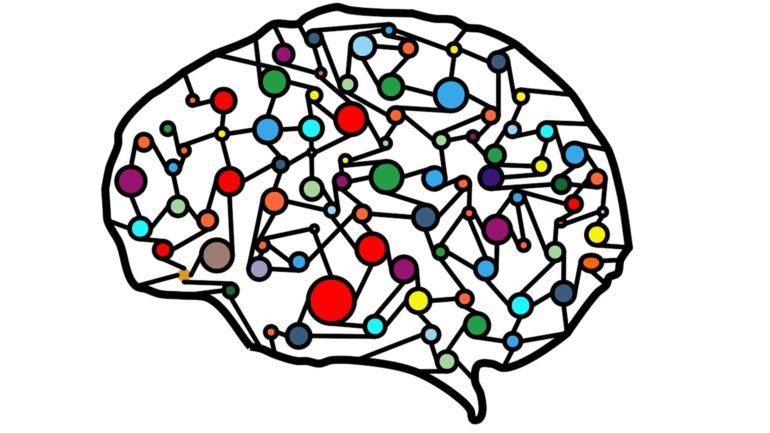 Healthy people with a higher genetic risk of Alzheimer’s disease may show differences in brain structure and in cognitive test scores relating to reasoning and attention, according to a new study.

The University of Glasgow research—published today in Neuropsychopharmacology—suggests that, although the association between these differences in people with a higher genetic risk of Alzheimer’s disease were small, the link suggests signs of the devastating disease may be detectable before significant symptoms are obvious.

This is the largest study to date investigating the genetic risk for late-onset Alzheimer’s disease and non-demented structural brain MRI and cognition phenotypes.

Alzheimer’s disease (AD) is a neurodegenerative disease in which several brain regions are affected, but among the earliest includes the hippocampus, which is vital for processing memory and learning.

Genetic factors are known to play a role in developing Alzheimer’s disease (AD) dementia, and researchers can use polygenic risk scoring—a method used to estimate an individual’s genetic risk of developing a particular disease, such as AD.

In this study, the researchers calculated a polygenic genetic risk score based on a large number of mutations for 32,790 generally-healthy adults without dementia from the UK Biobank, a large-scale biomedical database and research resource, to see if their lifetime genetic risk of AD was associated with average differences in brain structure and cognitive performance.

Rachana Tank, a lead author on the study, said: “Our findings are novel because they show the effects of genetic risk may, to a certain extent, be apparent long before a clinical dementia diagnosis. Although we cannot say for certain that these differences are early signs of dementia per se, it is important that we do further research in this area.

Dr. Donald Lyall, Lecturer in Public Health at the University’s Institute of Health and Wellbeing said, “These findings could lead to a better, more meaningfully informative way of gauging Alzheimer’s disease risk than current methods of inquiring about a family history of dementia, as being able to identify individuals at risk of worse cognitive abilities and potentially accelerated decline could greatly improve diagnosis and treatment options in future.”

The study, “Association between polygenic risk for Alzheimer’s disease, brain structure and cognitive abilities in UK Biobank,” is published in Neuropsychopharmacology.


Citation:
Signs of Alzheimer’s disease may be detectable before significant symptoms are obvious (2021, October 7)
retrieved 7 October 2021
from https://medicalxpress.com/news/2021-10-alzheimer-disease-significant-symptoms-obvious.html