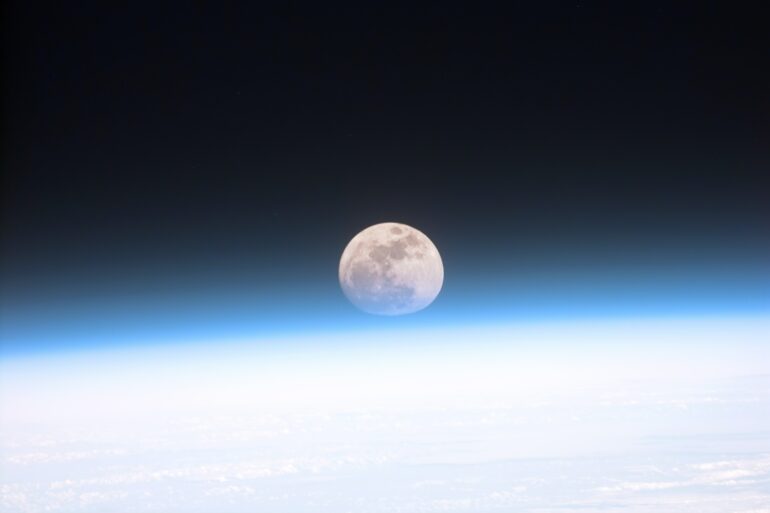 Editor’s note: Experts expect the crash did occur as predicted, but are still waiting for visual verification.

On March 4, 2022, a lonely, spent rocket booster will smack into the surface of the Moon at nearly 6,000 mph. Once the dust has settled, NASA’s Lunar Reconnaissance Orbiter will move into position to get an up-close view of the smoldering crater and hopefully shed some light on the mysterious physics of planetary impacts.

As a planetary scientist who studies the Moon, I view this unplanned impact as an exciting opportunity. The Moon has been a steadfast witness to solar system history, its heavily cratered surface recording innumerable collisions over the last 4 billion years. However, scientists rarely get a glimpse of the projectiles – usually asteroids or comets – that form these craters. Without knowing the specifics of what created a crater, there is only so much scientists can learn by studying one.

The upcoming rocket impact will provide a fortuitous experiment that could reveal a lot about how natural collisions pummel and scour planetary surfaces. A deeper understanding of impact physics will go a long way in helping researchers interpret the barren landscape of the Moon and also the effects impacts have on Earth and other planets.

When a rocket crashes on the Moon

There has been some debate over the exact identity of the tumbling object currently on a collision course with the Moon. Astronomers know that the object is an upper stage booster discarded from a high-altitude satellite launch. It is roughly 40 feet (12 meters) long and weighs nearly 10,000 pounds (4,500 kilograms). Evidence suggests that it is likely either a SpaceX rocket launched in 2015 or a Chinese rocket launched in 2014, but both parties have denied ownership.

The rocket is expected to crash into the vast barren plain within the giant Hertzsprung crater, just over the horizon on the far side of the moon from Earth.

“Newer, nimbler, faster:” Venus probe will search for signs of life in clouds of sulfuric acid

An instant after the rocket touches the lunar surface, a shock wave will travel up the length of the projectile at several miles per second. Within milliseconds, the back end of the rocket hull will be obliterated with bits of metal exploding in all directions.

A twin shock wave will travel downward into the powdery top layer of the Moon’s surface called the regolith. The compression of the impact will heat up the dust and rocks and generate a white-hot flash that would be visible from space if there happened to be a craft in the area at the time. A cloud of vaporized rock and metal will expand…