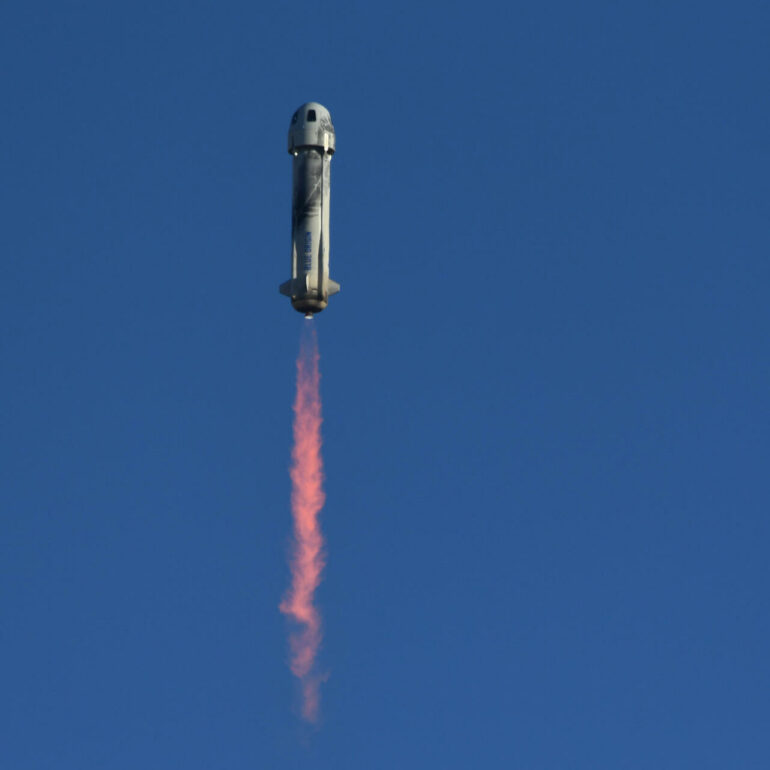 Jeff Bezos’ Blue Origin successfully carried out its fourth crewed spaceflight Thursday, a ten-minute joyride beyond the planet’s atmosphere and back again.

The New Shepard suborbital rocket blasted off from the company’s Launch Site One base in west Texas at 8:58 am local time (1358 GMT) with six crew members.

“I felt my skin pulling taut,” Lai said, of the rocket ride.

After launch, the reusable, zero greenhouse gas emissions rocket landed vertically at a pad, while the capsule continued soaring, crossing the Karman line that marks the start of space, 100 kilometers (62 miles) high.

Passengers unbuckled and enjoyed a few minutes of weightlessness, taking in the majesty of Earth before the capsule re-entered the atmosphere, deployed its chutes and floated to the surface for a gentle desert landing.

After years of promise, the space tourism sector is finally taking off.

Elon Musk’s SpaceX is targeting next week to fly three tycoons and a former astronaut to the International Space Station on the Axiom-1 mission—though the crew involved insist they’re doing serious research work rather than going on vacation.