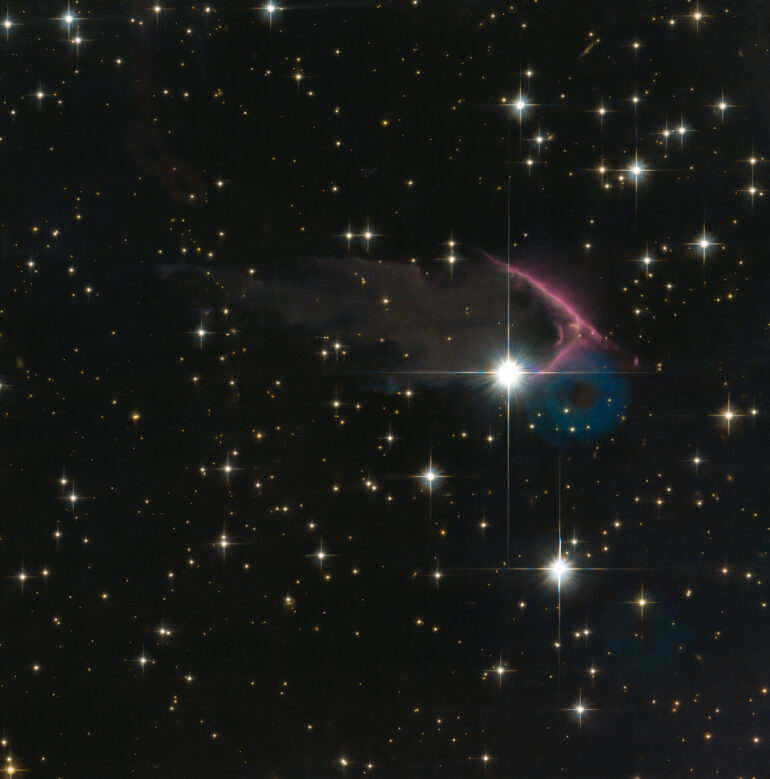 This newly revised NASA Hubble Space Telescope image of the Hickson Compact Group 31 (HCG 31) of galaxies highlights streams of star-formation as four dwarf galaxies interact. The bright, distorted clump of young blue-white stars (top-right of center) is NGC 1741. Although it appears to be a single galaxy, NGC 1741 is actually a pair of colliding dwarf galaxies. Another dwarf, cigar-shaped galaxy to the pair’s right joins their dance with a thin, blue stream of stars that connects the trio. HGC 31’s fourth member is revealed by a stream of young blue stars that point to the galaxy (bottom-left of center) and indicate its interaction with the other three. The bright object in the center of the image is a star situated between Earth and HCG 31.

More information:
To view the 2010 release of this image, see Jurassic Space: Ancient Galaxies Come Together After Billions of Years