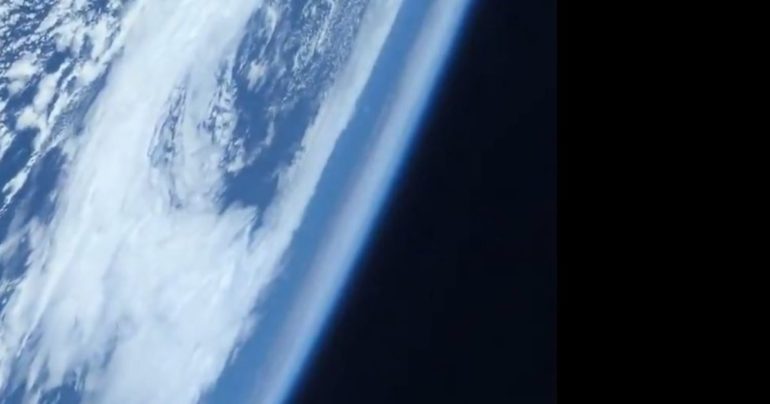 Glover, the first Black astronaut expected to have an extended, six-month stay on the space station, recently tweeted his inaugural video from the craft that ferried him into orbit, some 250 miles above Earth.

The shot shows a vantage point of Earth in the black void of space. We can spy the blue trace of the planet’s thin atmosphere and a swirling weather system curling over the ocean. The drone of the space station whirls in the background. Obviously, the scene is even more poignant in person.

“Looking at the Earth through the window of Dragon Resilience,” wrote Glover. “The scale of detail and sensory inputs made this a breathtaking perspective!”

My first video from space! Looking at the Earth through the window of Dragon Resilience. The scale of detail and sensory inputs made this a breathtaking perspective! pic.twitter.com/n7b5x0XLIp

Glover’s mission, called SpaceX Crew-1, is the first “operational” flight of the Crew Dragon spacecraft, meaning the first time the SpaceX capsule is being used on an active mission, as opposed to a test. Previously, SpaceX made history in May when the space exploration company became the first commercial business to send astronauts to Earth’s orbit.

Now in space, Glover can regularly peer onto our humble blue planet, a perspective that often changes how astronauts view the world, and the delicate life therein. It’s called “the overview effect.”

Said Edgar Mitchell, a NASA astronaut who walked on the moon: “You want to grab a politician by the scruff of the neck and drag him a quarter of a million miles out and say, ‘Look at that, you son of a bitch.'”