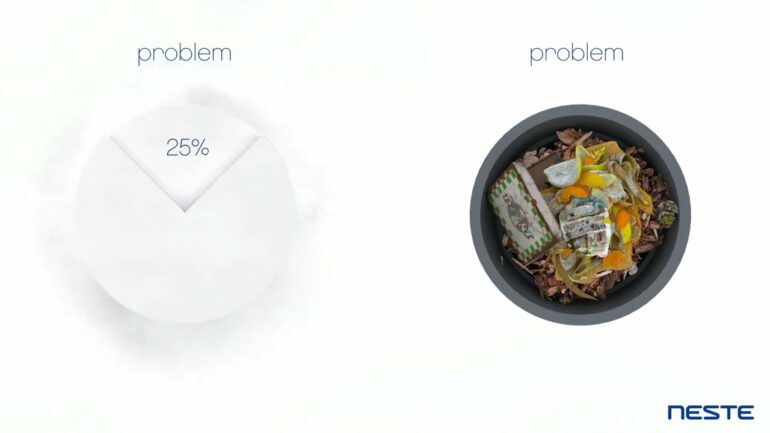 An underutilized natural resource could be just what the airline industry needs to curb carbon emissions.

Researchers at three institutions—the U.S. Department of Energy’s National Renewable Energy Laboratory (NREL), the Massachusetts Institute of Technology (MIT), and Washington State University—report success in using lignin as a path toward a drop-in 100% sustainable aviation fuel. Lignin makes up the rigid parts of the cell walls of plants. Other parts of plants are used for biofuels, but lignin has been largely overlooked because of the difficulties in breaking it down chemically and converting it into useful products.

The newly published research demonstrated a process the researchers developed to remove the oxygen from lignin, such that the resulting hydrocarbons could be used as a jet fuel blendstock. The research, “Continuous Hydrodeoxygenation of Lignin to Jet-Range Aromatic Hydrocarbons,” appears in the journal Joule.

Gregg Beckham and Earl Christensen are the researchers involved from NREL.

The paper points to the need to use sustainable sources for jet fuel as the airline industry has pledged to dramatically reduce carbon emissions. Airlines consumed 106 billion gallons of jet fuel globally during 2019, and that number is expected to more than double by 2050. Accomplishing the industry’s goal of achieving net carbon neutrality during that same period will require a massive deployment of sustainable aviation fuel (SAF) with high blend limits with conventional fuel.

Jet fuel is a blended mixture of different hydrocarbon molecules, including aromatics and cycloalkanes. Current commercialized technologies do not produce those components to qualify for a 100% SAF. Instead, SAF blendstocks are combined with conventional hydrocarbon fuels. As the largest source of renewable aromatics in nature, lignin could hold the answer to achieving a complete bio-based jet fuel. This newly published work illustrates the ability of a lignin pathway to complement existing and other developing pathways. Specifically, the lignin pathway described in this new work allows the SAF to have fuel system compatibility at higher blend ratios.

Because of its recalcitrance, lignin is typically burned for heat and power or used only in low-value applications. Previous research has yielded lignin oils with high oxygen contents ranging from 27% to 34%, but to be used as a jet fuel that amount must be reduced to less than a half-percent.

Other processes have been tried to reduce the oxygen content, but the catalysts involved require expensive noble metals and proved to be low yielding. Researchers at the trio of institutions demonstrated an efficient method that used earth-abundant molybdenum carbide as the catalyst in a continuous process, achieving an oxygen content of about 1%.